The purpose of the race is to provide a fun and fair day of racing with an even playing field of cars and track conditions. Racing will be on a Carrera Digital slot car track with 3 Digital 132 slot cars at a time competing. Racing will be done in the “fuel off” mode so using pitlane to refuel will not be required. The drivers will be using wired slot car controllers for the events.

***If no qualifiers from the August 1st event return for the Final Race Oct 10th, the top 4 fastest racers from the Oct. 10th qualifying races will be the racers that will compete in the final Championship Race on Oct. 10th .***

Racing format for the North American Final Race (Oct 10th) will be a lap race with the winner completing the total number of laps first. There will be 4 racers that afternoon that will compete in the Final Race.

Races will be held using the following guidelines:

• Carrera will provide the track and cars to race.
• Drivers will not be able to race their own cars (or controllers) and only spec cars provided by Carrera will be allowed.
• Drivers will be racing on the track on a first-come-first-racing basis.
• The track used for the events will be the GearZ studio Carrera Digital slot track.
• Qualifying races will be timed races with the fastest time of the day winning the race.
• Fastest time over a set number of laps to determine the race winner. *Number of laps TBA the day of the race.
• In the unlikely event of a tie from the qualifying races for the day of racing, a race-off will be held between the racers.
• The Final Race Oct. 10th will be a lap race with the winner being determined by the first car to complete the total number of laps. (Number of laps TBA)
• All the digital settings for the cars will be set by the officials in order to make racing as even as possible.
• Racing will be done 3 cars at a time during the timed qualifying races.
• Racers will be allowed warm up laps to get familiar with the performance of the cars.
• All decisions by race officials are final.

More information on the event can be found here: 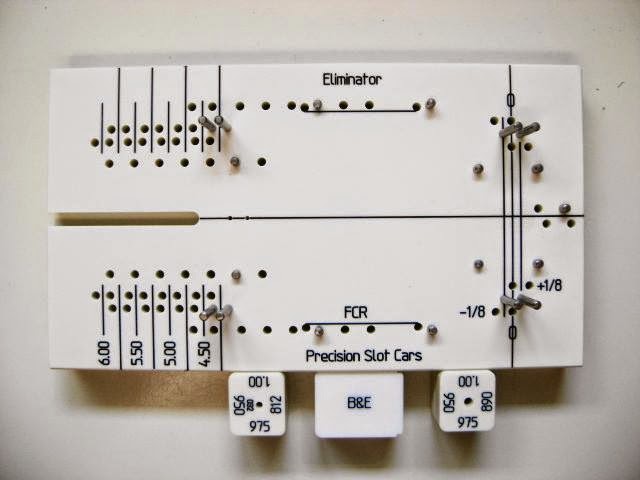 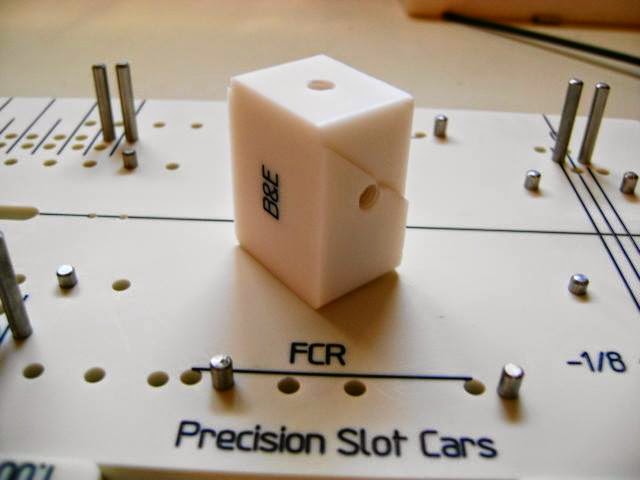 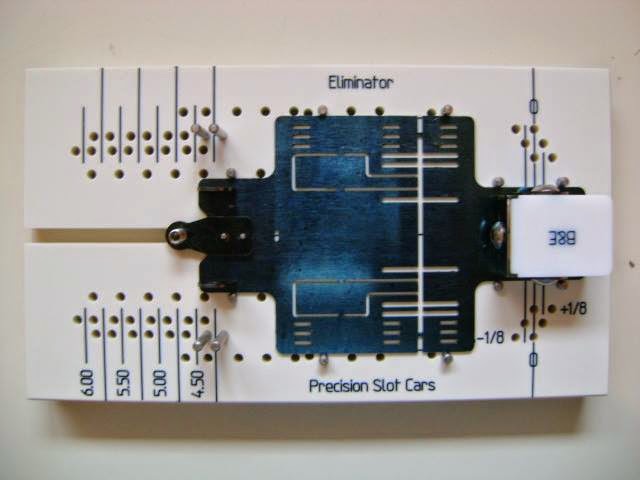 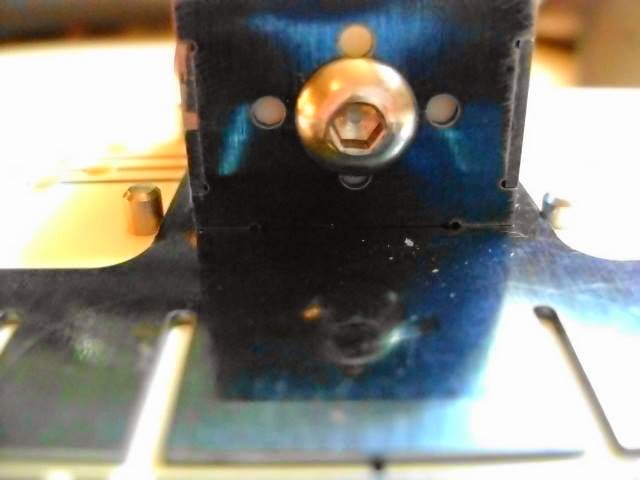 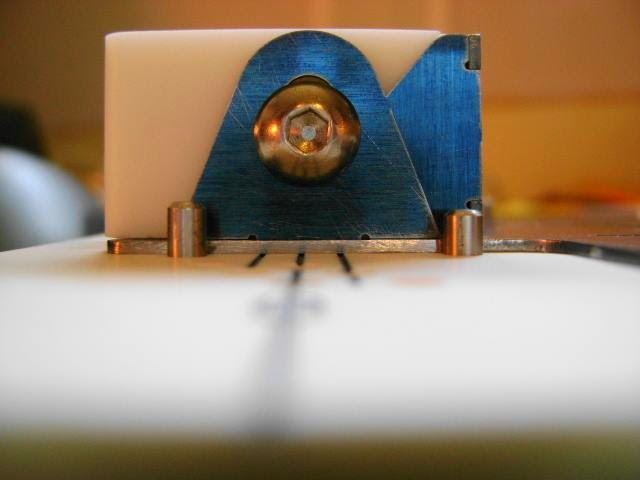 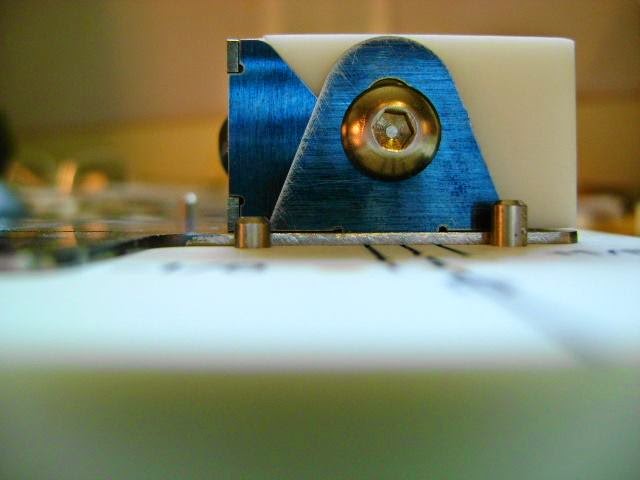 http://www.pslotcar.com
Posted by MG Brown at 9:00 AM No comments: 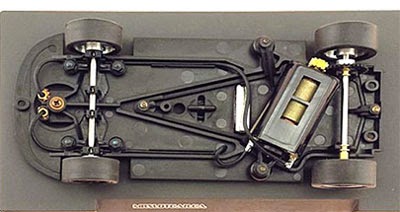 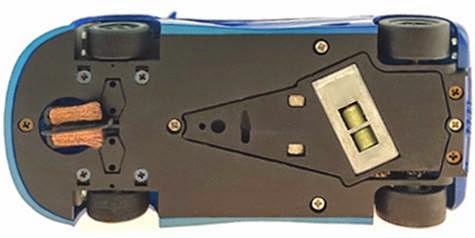 Here are the general features of the F1-GTR that are improvements over the previously released Mazda 787B:

Weight of Body 21.1 grams - With interior

Latest best estimate is that these first two cars, and the undecorated kit should be in the shops by the fourth quarter of 2014. 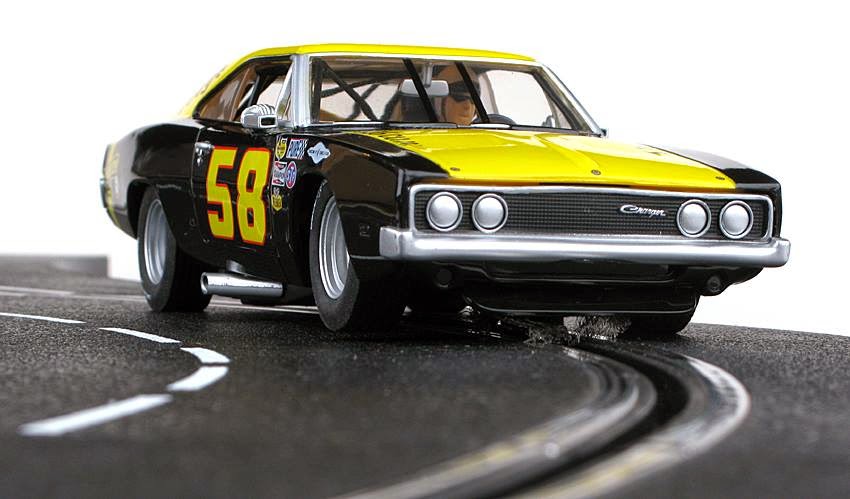 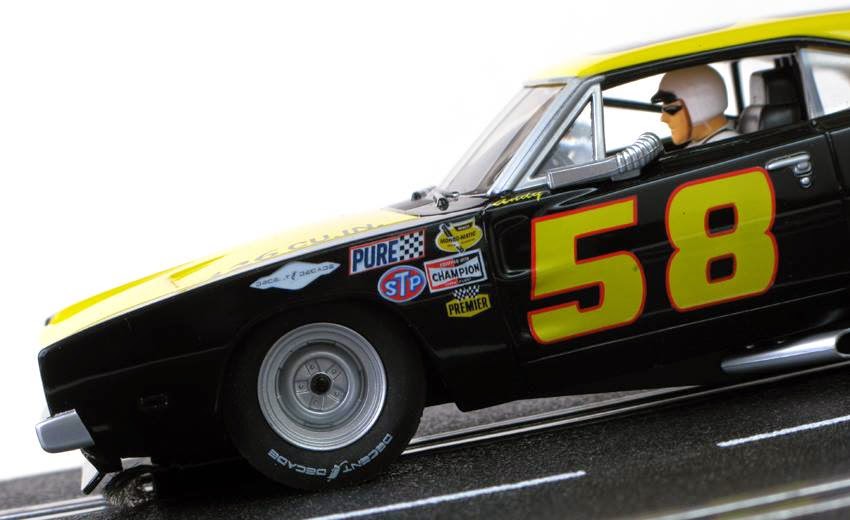 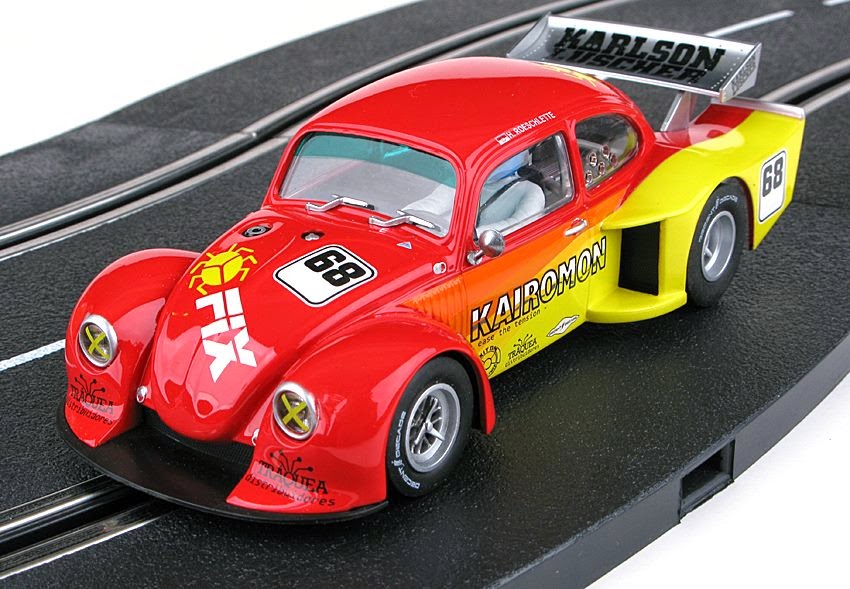 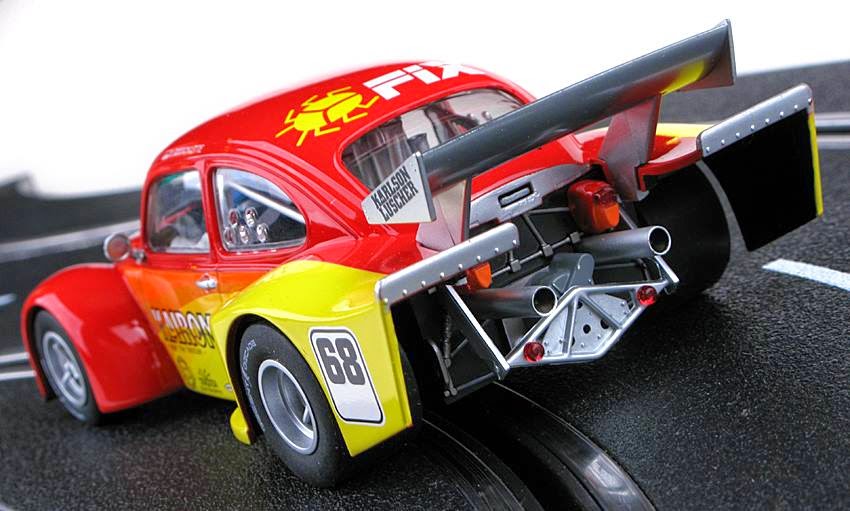 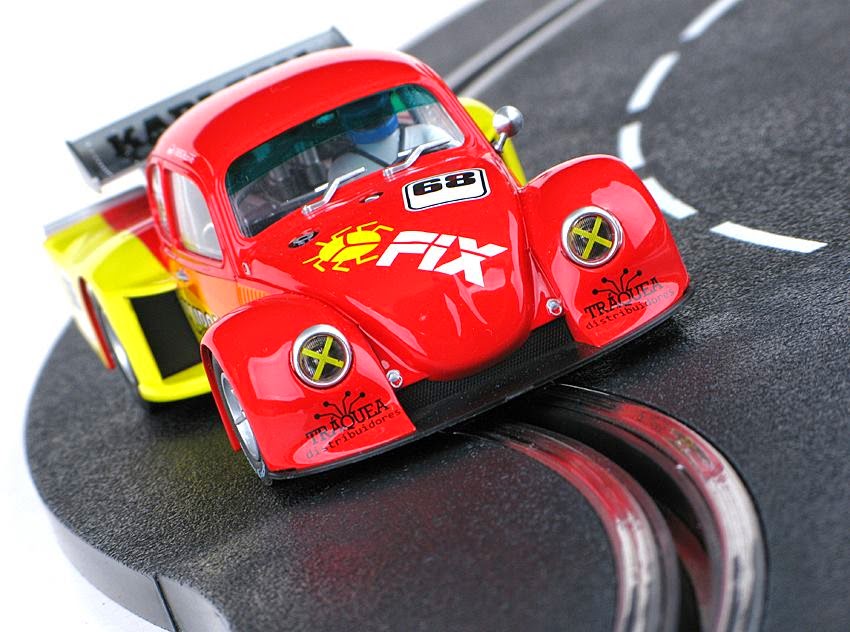 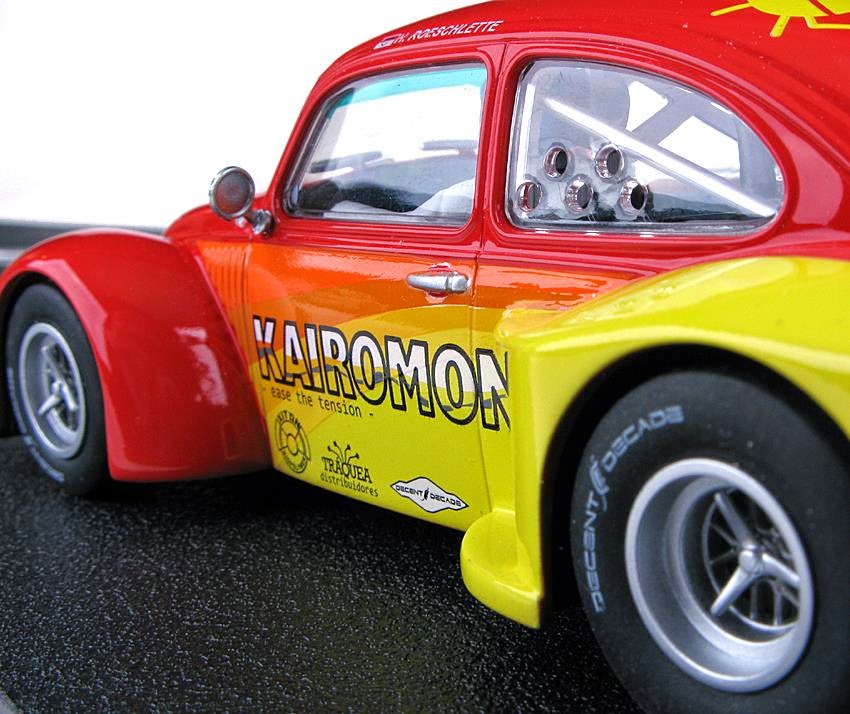 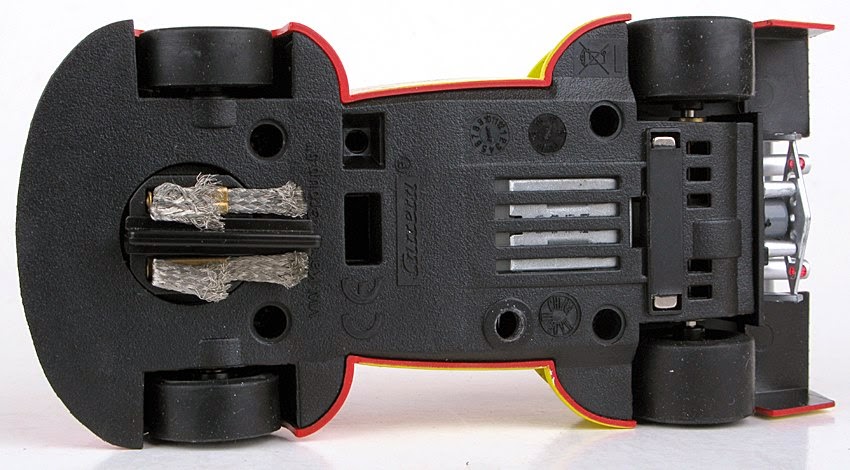 Press Release - 3rd Race of Champions / Race for the Ring 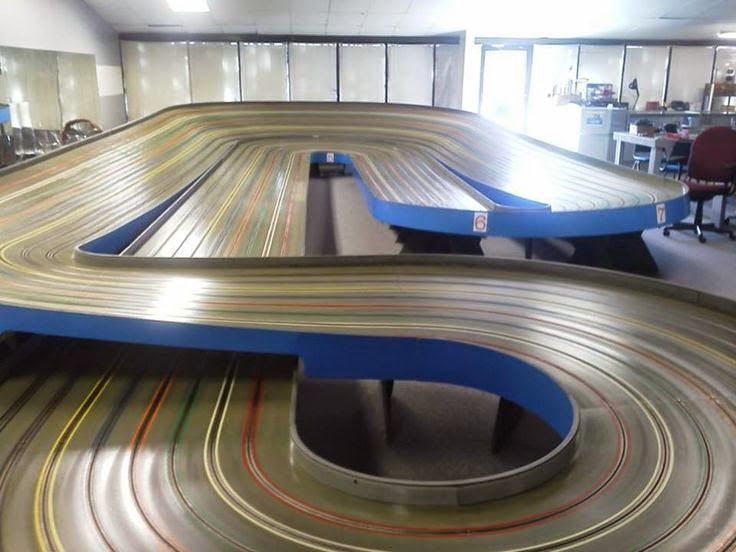 BARBERTON, OH … The ‘Race for the Ring’ will once again be an integral part of the popular Third Annual Retro ElecTric Racing Organization (RETRO) sanctioned Race of Champions (RoC), to be held at High Banks Raceway in Barberton, Ohio on Saturday, July 19.

A specially designed hand ring, sponsored by Fast Ones / Outisight Bodies, will once again be awarded to the racer who scores the best overall finish between the featured RETRO Can-Am and Group 7-68 car classes. Previous winners of the ‘ring’ were Rick Davis (2012) and ‘Sano’ Dave Fiedler (2013).

The first two editions of the RoC were staged at the now closed Mid-America Raceway in Chicago, IL.
“A big part of the RoC mystique is the fact that the race utilizes a hand out motor procedure,” said race organizer Ron Hershman. “The first two years we used Pro Slot 4002 ‘Puppy Dog’ motors. This time around we have decided to run the new, low cost, sealed Pro Slot 4002-FK motor, which is proving to be very popular across the country.”

Racers will be permitted to purchase and practice with their engraved hand out motors on Friday, July 18, beginning at 6:00 PM. However, ALL engraved motors purchased on Friday must be returned to secure impound when the practice session is concluded. Any motor that is not returned to impound Friday evening will NOT be permitted to be used in the races on Saturday. Anyone purchasing motors on Friday must also pay their race entry fees. No exception!

RoC competitors will be using new Pro Slot 4002-FK motors with gold dust brushes installed (an $18.00 value). The motors will be professionally ‘run in’ prior to being handed out, allowing racers to install the motors directly in their cars without having to allow for break-in time prior to practicing. All motors will be engraved at the time of purchase, and ONLY these motors may be used in the race. Competitors must race the engraved motor(s) they purchased. Racers may purchase two hand-out motors per class.

All motors will be sold and engraved at registration on Friday evening and Saturday morning. All additionally purchased engraved motors not being raced in the Can-Am race must be submitted and impounded during tech for Can-Am. Any motor NOT impounded at Cam-Am tech will not be permitted to be used for the Group 7-68 race. All Can-Am cars and motors will be released from impound at the conclusion of the Can-Am feature event. Motors may not be tampered with in any way. Motor brushes and springs may not be altered and/or changed. Any sign of tampering will result in immediate disqualification. All motors must use a spec eight (8) tooth pinion. Any crown gear may be used.

Entry fee for the Can-Am portion of the race is $35.00, which includes one hand-out engraved Pro Slot 4002-FK motor. One additional engraved motor may be purchased for an additional $15.00.

High Banks will open it doors at 7:00 AM on July 19. Registration and motor hand-out will begin at 7:15 AM. Pre-race practice will be from 7:00 to 9:30 AM. Can-Am tech will open at 9:30 AM, followed immediately by qualifying. Tech for Group 7-68 will open after a short practice session following the conclusion of the Can-Am feature.

For raceway information contact Ross Scharf : (734) 968-3912. For race and rules information: contact Ron Hershman at fast1ron@yahoo.com.
Posted by MG Brown at 11:54 AM No comments:

Here are some of the first pictures of the completed kit: 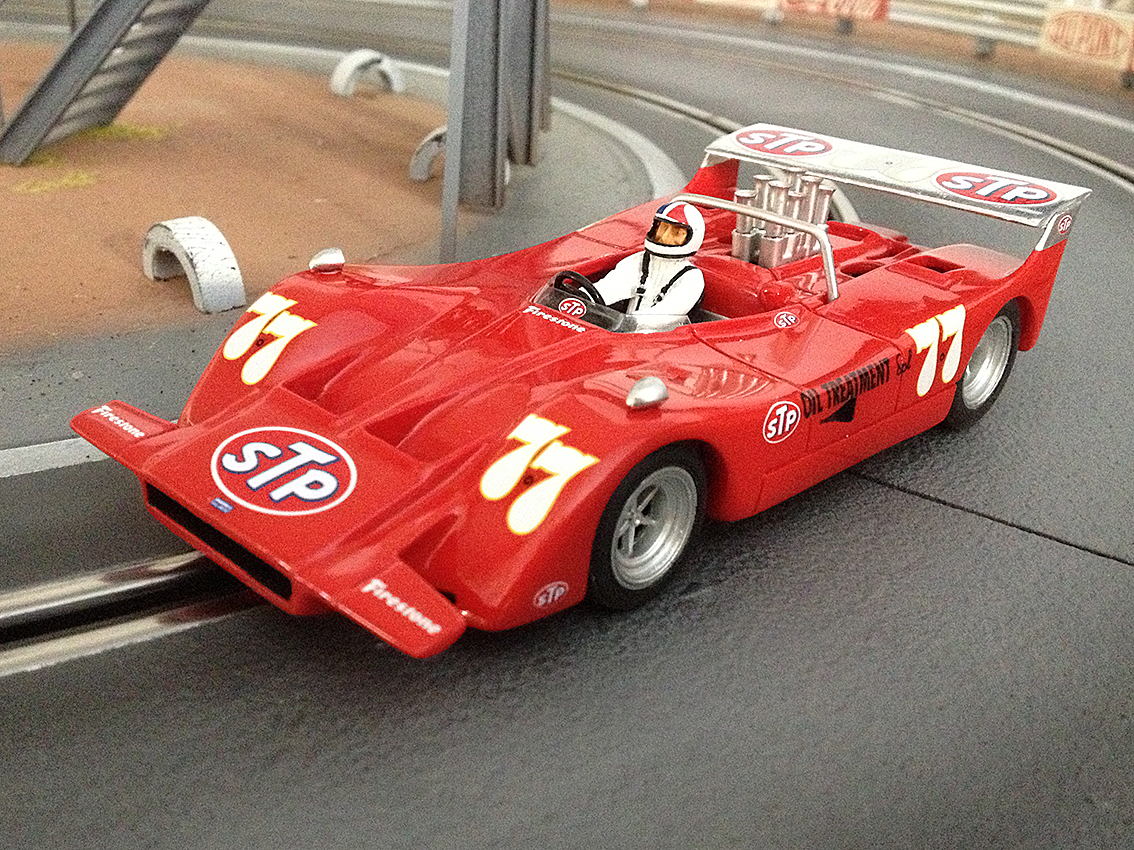 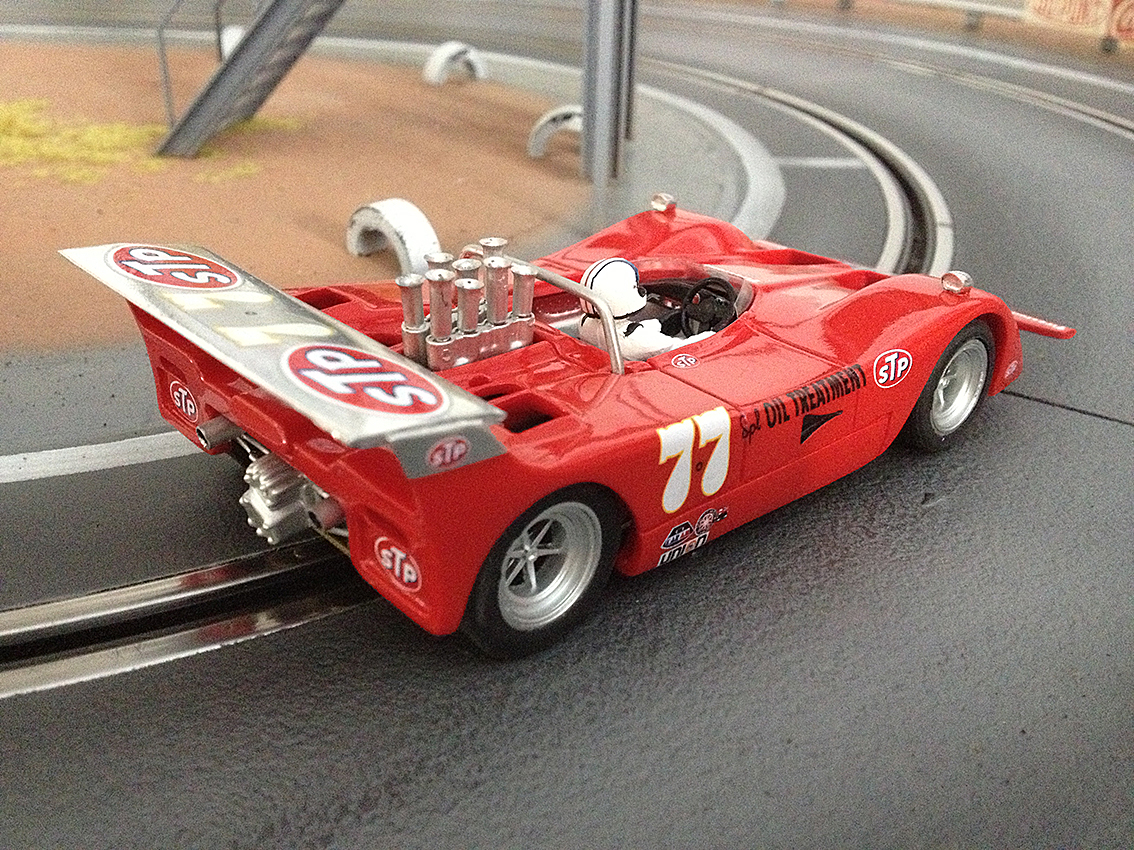 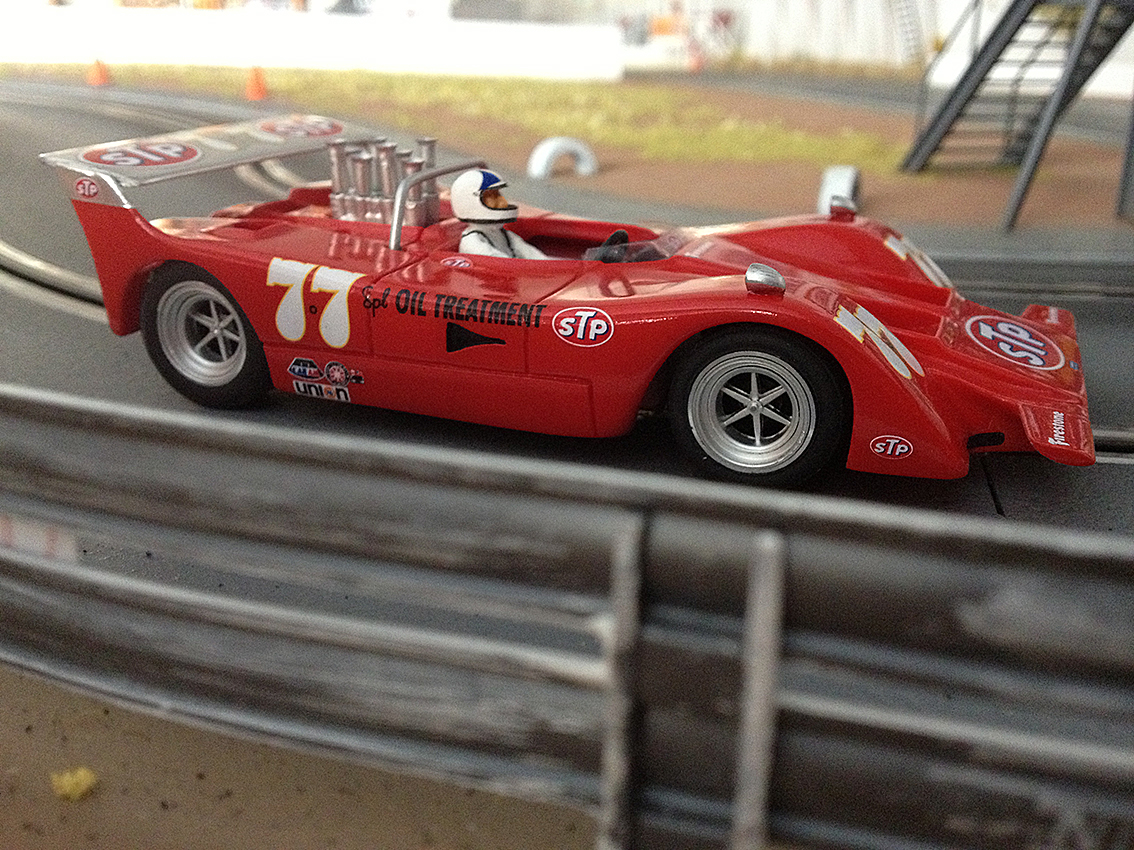 More details and how to order information available at: http://www.proto-slot-kit.com/psk.html