See this thread for availability.
Posted by DaveKennedy at 2:22 PM No comments:

Photos of the new Pioneer Mustang provided by Jules of Pioneer.

Posted by DaveKennedy at 1:53 PM 2 comments:

From the iTunes main window (assuming you are using the latest version of iTunes) scroll all the way down the screen towards the bottom center section, and click on "SEE ALL". Then scroll down to the bottom of the next screen. Truth in 24 is on the lower left corner of the screen.

Enjoy in amazement...
Posted by GregA at 9:22 PM No comments:

The Peugeot teams won the day today, despite the Audi's leading nearly all day.

Dyson team was jubilant to take the top step on the podium today.

Kaffer and Salo celebrate their win over a large GT2 field.

Photos from the race can be seen at this link.
Posted by DaveKennedy at 11:29 PM No comments:

It was really wild to see the cars do some warm up laps this morning. Water is everywhere and the spray behind the cars is amazing. The race starts soon. I'll do updates during the race. Check this thread for regular updates.

Posted by DaveKennedy at 10:29 AM No comments:

The Jaguar XKR RSR went through scrutineering yesterday... but don't get too excited. The car was due to do some test laps this morning but because of the weather that's probably been cancelled. The team did a dry run with the IMSA officials yesterday at the end of the day and to give the team some experience with the process IMSA goes through for pre-race tech inspection. The car is scheduled to make it's debut this year at Laguna Seca.

Posted by DaveKennedy at 8:34 AM No comments:

The field lines up before the start of the Patron Challenge race.

Bergmeister and his team are sixth on the grid for GT2 for the start this morning.

The Peugeot mechanics work on one of the cars during practice Friday morning. The changed the nose and rear bodywork during this stop.

Many more photos at this link.
Posted by DaveKennedy at 8:00 AM No comments:

What a great guy! Darren Law took a few minutes out of his busy day Friday during practice for the Petit LeMans to talk about slot racing and a bit about real racing too. He's a fan of Milan's slot cars and even though he doesn't race slots as much as he'd like, I have a feeling that when he's racing slots... he's hardcore!
Posted by DaveKennedy at 12:01 AM No comments:

Bob Faieta won convincingly during the G3 Patron Challenge race at Road Atlanta Friday afternoon. Video of that win.
Posted by DaveKennedy at 12:00 AM No comments:

Formula Fun is closing and they're having a sale at their online store. Check it out there are some good deals to be had!
Posted by DaveKennedy at 8:34 PM No comments:

Ford GT on the Pole for Petit! Video added.

Video of the press conference.

The Robertson Racing Ford GT is on the pole for the GT2 class for the Petit LeMans! Yes... the Ford GT. During a post-qualifying press conference driver David Murry talked about the long road that the Robertson Racing team has had over the past few years. They've had to work harder than the factory teams that are more well funded Murry said in a deadpan manner. Race after race the car has been a solid backmarker and it's a huge accomplishment for the team to start at the front of the grid. But it's a very, very long race. We'll see if the "David" team can stay ahead of the "Goliath" teams that are just behind them on the grid.

The team talks with the scrutineering judges after a 1st place qualifying effort.
Posted by DaveKennedy at 5:04 PM No comments:

Posted by DaveKennedy at 11:10 AM No comments:

I'm in Georgia covering the Petit LeMans for Slot Car News and SCXWW. I will have a number of updates during the races Friday and Saturday. Sunday I will be racing with the folks at Slingshot Raceway in the Discover Mills Mall. Monday I'll be visiting some slotters in the Charlotte, North Carolina area. 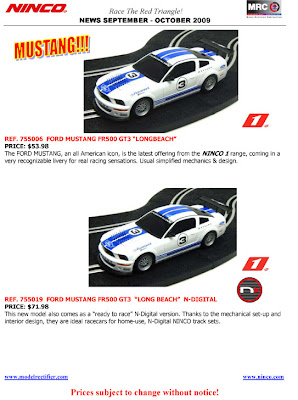 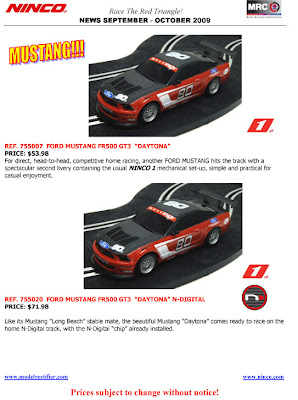 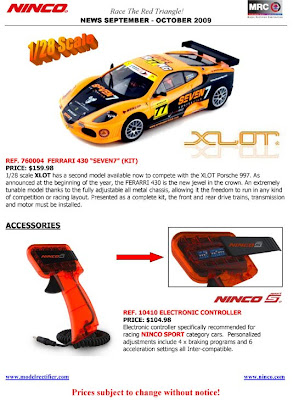 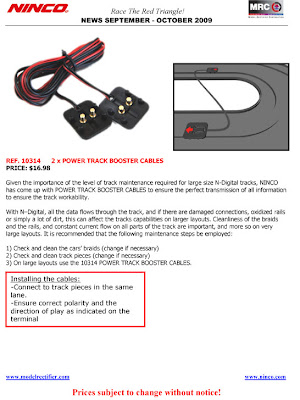 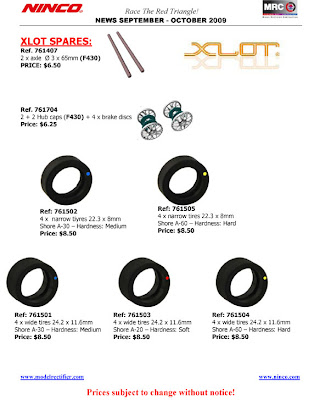 Read the race report for our Nat's Regional Race at this link.

A good turnout and close racing!
Posted by DaveKennedy at 6:18 PM No comments:

Well it has taken a while to write this article and I know the subject was covered in the forum by Rolltidevet, but seeing as I built this car to race in the Manufacturers challenge that was run at 132Slotcar Raceway, I'd share the set up and results of what I have done.

This is a great looking car and I had high hopes for it when first looked at it. I started off running the car almost in the same state as I had received it, but seeing as we were running non mag I decided it would be pointless to start testing with the magnet in place. So remove a few screws whip the magnet out, screws back on and off to the track we go!

Well I ran 50 laps and the best I could do was 7.685 which is disappointing on my 70ft Scalextric Sport track. So off to the work bench and a first thing was to sand the rear tyres as they were rather concave as you can see from the picture even with light sanding the tyres were rather concave.

Started playing with the motorpod screws but could not improve on my 7.426 time at this point I decided to sand the tyres more making sure I had a nice even contact patch! This made a huge difference as I chopped my lap time down to 7.191 almost ½ a second improvement with all the stock parts.

Now it was time to start with the “tuner” parts. Seeing as the rules dictated Slot.It S2 tyres I decided to try those first which gave an improvement but the tyres were cupped and did not give the best contact. Although after 50 laps I managed a 7.093 lap now well over ½ a second faster!

With all this fiddling around I decided it was time to go the whole hog and see what we could get within the rules of the Manufacturers Challenge. First off I installed the Slot.It orange end bell motor, sanded the motorpod and the chassis to make sure it all worked smoothly. I wanted to use SCX Prorace parts where possible as Sloter is now supported by SCX. Unfortunately SCX does not have bearings to fit into the Sloter Chassis so it was back to Slot.It for those.

I used the SCX Pro rear axle,green crown gear( 27 tooth if I counted correctly) and 10 tooth pinion, I used the SCX Pro wheels and siliconed the S2's to the rim, sanded the front tyres down to make sure the were round and even, installed the 7mm deep guide (provided with the car) and SCX Pro race braid.

Off to the track again for the final shakedown and what a difference!! 6.399 for a fastest lap and what an awesome car to drive. To put the laptime into perspective my stock Slot.It F40 with S2's was only running a best laptime of 6.608. Obviously the best upgrade is the motor and tyres. I love driving this car the way it is right now, very predictable, fast and forgiving. It also finished first in the inaugural Manufacturers Challenge but I expect the competition to be a lot tougher in the next round.

I would like to thank Dave Kennedy for his support in the preparation of this article.


Article and photos by Daren Morris.
Posted by DaveKennedy at 8:48 AM No comments:

Posted by DaveKennedy at 7:07 PM No comments:

In Cursa Models produce slot cars since 1990, and the result of our experience, we begin a new stage in which we will provide 1/32 scale models in format "ready to run" in our composite material characterized by its lightness and strength that many successes have been achieved in 1/24 scale.

In this new stage we offer a product with high level of finish and good performance in track and replicate emblematic models of the history of motorsport. We are glad to show our latest model, created by Juanjo Moya (Mini Replicas in its early stages, and currently Cursa Models and Power Slot manager and modeller) and Albert Jobal (Slot Adictos spanish forum administrator), and is the car of the Slot Adictos Forum 2009: the Alfa Romeo 33-2 "Periscopica", which receives his nickname thanks to its spectacular central air intake. The car will be delivered with the wooden base and metal plate as in the photos, and the series will be limited to 300 units, numbered and include a certificate signed by their creators.

The "Periscope" is a model considered by many experts as one of the most beautiful race car ever built, and that despite its short history of sports, got remarkable achievements as his debut victory in the Fléron Hill Climb on 1967 in Belgium, or fifth place in the 1,000 Kilometers of Nurburgring in 1967, being the only vehicle capable of following the intractable Porsche 910, and staying ahead of a competitive Ford GT40, and decor that we chose to reproduce.

This car is designed to satisfy the most discerning collectors, but we did
not want to set aside the track, and assemble plastic chassis Power Slot
origin in position "anglewinder" mounted on a Setup motor mount. The
mechanics, however, and for the sole purpose of lowering the final price
will not be calibrated, but is easily replaceable material getting a premium
vehicle with very good performance on track thanks to its body of 25 g and
the chassis setup.

You can find more information in www.slotadictos.net and make your order by
sending your personal information (name, e-mail, address, phone number and
number of units) to the following e-mail: cochefsa09@cursamodels.com.