Lime Rock Park Sept. 3, 2006-Ever wondered how a slot car gets made? John McClintock of Olympia Washington knows. His 1969 Mustang was made by Scalextric and does he have a story to tell. 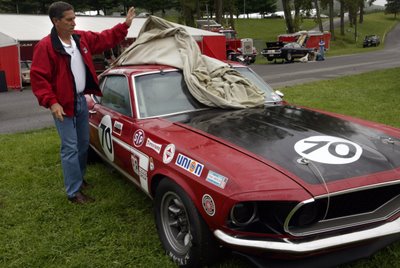 The history of the car:
In October of 2000 McClintock bought his car from the previous owner in Dayton Ohio. It wasn't totally complete and at that point John decided to have the restoration be from the 1970 TransAm season where it was raced by a privateer racer Warren Tope. I believe a relative of Tope's (probably his father) Donald Tope, was the VP for Chassis & Transmission for Ford. The car was not sold technically but rather the car was "transferred" from Ford to Tope who took possession of it. The car was never titled and never saw time as a street car. The car, which first saw action in the "A sedan" class of SCCA racing, was then campaigned in the TransAm series from 1970-72 with no wins in its 10 or so races. The car was not originally a Boss 302 but was retrofitted with the proper motor and graphics after the fact. 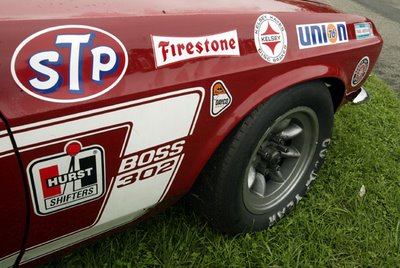 Slot car immortality:
In 2002 when McClintock debuted the car after restoration was complete, he was approached by several toy company's to reproduce the car. Welly, the diecast company, and Scalextric both contacted him. The process was as different as the final toys themselves. Welly made a formal written agreement with McClintock, sent him a prototype to check for accuracy against his restored racer and eventually produced the 1:18 version available today. Scalextric contacted him on the phone by way of Scalextric USA and asked for a paint chip to match the color of his car. There was no formal contract made and he was not at all involved in the process of making the slot car. But they never contacted him to ask for photos or, after the car was produced as a slot car, never let him know it went into production until much later. When Scalex had realized they forgot to let him know they sent him a box of slot cars to show him the final product. 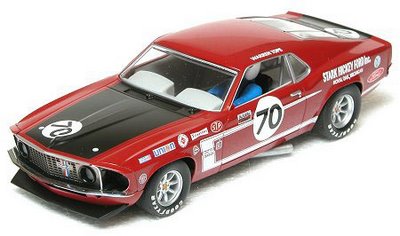 So what does he think of each version? Well each have their flaws. The Welly car he says isn't exactly the correct color but he feels they captured the car very well notwithstanding the error in paint. The Scalextric car he feels is the perfect match for the color, but the details are generally incorrect. He wasn't specific about what errors had been made but, in general, thought the slot car was only "ok". 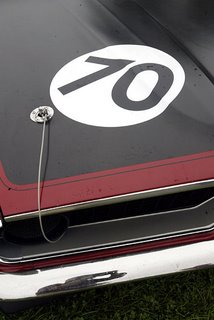 "It's a great honor to have your car recognized and to have a toy made of it", he said of the whole process, he doesn't do slot cars as a hobby but many of the other classic car owners he knows do.

Slot car photo from the Scalextric USA site.
Posted by DaveKennedy at 1:09 PM