This model will be the third limited numbered edition coded as RCR G3
and will be produced in just 203 pcs.

Jensen and Lewis build a McLaren

A funny McLaren video and a commercial worth watching.

Posted by DaveKennedy at 6:01 AM No comments:

Photos of a car that Slot It is going to release in the 4th quarter of this year.

1st Place Mugello 1983 drivers S.Johansson and B. Wollek
Posted by DaveKennedy at 1:02 AM No comments:

After Abu Dhabi, Great Britain and the Czech Republic, the FIA GT1 World Championship is heading to France. And more particularly the south of France, and the beautiful, distinctive Paul Ricard HTTT circuit, at Le Castellet. The glorious sight of the magnificient GT1 cars heading round the challenging circuit, encircled by blue and red stripes, should herald the start of the summer, and hopefully the sun will accompany the new World Championship throughout the weekend.

After three rounds, Matech Competition drivers Romain Grosjean and Thomas Mutsch lead the Drivers classifications after their Brno win, while Vitaphone Racing Team lead the Teams, their drivers Bartels and Bertolini being the only ones to have scored points in each race so far. But the Paul Ricard has a reputation as a Corvette circuit, so who will emerge victorious on Sunday ? There will be plenty of French interest, with Stéphane Sarrazin racing for Hexis AMR, Olivier Panis joining Matech Competition, and Christophe Bouchut returning to All Inkl.com Münnich Motorsport.

As well as two exciting one-hour FIA GT1 World Championship races, the Paul Ricard HTTT welcomes the FIA GT3 European Championship, which is moving into the second half of the 2010 season. Two weeks ago in Jarama, victory went to Team Rosberg’s Audi R8 LMS and to the Need for Speed BMW Z4. But the Corvette teams and drivers are leading the points, after a dominant start to the season. Callaway’s Hohenadel and Keilwitz lead by 31 points – but with 25 for a win, nothing is decided yet.

The full timetable will also include two races from the GT4 European Cup, and three from the exciting Lamborghini Blancpain Super Trofeo. The GT4 European Cup has raced in Silverstone and Spa so far this season, setting up a close battle between the Aston Martin GT4 cars of Paul Meijer (Rhesus Racing) and Michael Mallock (RJN Motorsport), who have shared this season’s wins. As for the roar of the powerful Lamborghini cars, Peter Kox leads the points. The Dutch driver will have a busy weekend, as he also competes for Reiter in the FIA GT1 World Championship.

The weekend is more than just racing, with plenty of off-track entertainment for spectators, autograph sessions, grand prix simulators, flights over the track in a helicopter and plenty of beautiful GT cars on display, as well as a play area for children. Let the sun shine on !

Photos and news used with permission from the FIA GT1 World Championship.
Posted by DaveKennedy at 8:14 PM No comments:

There are a few new websites for Carrera. The updated URL for the Carrera of America page is linked here.

Also as I've noted on a number of sites I've started a Facebook page for Carrera of America as well, if you're a member of Facebook why not join the page. Also there will be a newsletter started for CoA as well. When I have a link to sign up I'll post that as well here on SCNews.

Posted by DaveKennedy at 1:25 PM No comments:

Posted by DaveKennedy at 10:01 AM No comments:

Toyota test driver dies in accident in LFA on Autobahn

Numerous reports have mentioned that Toyota’s chief test driver, Hiromu Naruse, died in a head-on collision on Wednesday in Germany. Video shows the accident scene reportedly near Toyota's shop near the Nurburgring.

Video is in German but you get the gist of it.

Posted by DaveKennedy at 5:03 PM No comments:

A special edition Racer Ford P68 has been made by Racer for Great Traditions in Philadelphia for the Racer Resin National Final race for 2010. There were 50 total cars made, 25 of each of the 2 sets of names on the cars. They're sure to be highly collectible because of the small production run.

Check out the drivers names... it was sure a surprise to see my name on one of these cars!

Posted by DaveKennedy at 3:13 PM No comments:

Pix used here with the generosity of "Mopardevil"... thanks!

Posted by DaveKennedy at 7:31 PM No comments:

(Seen previously here on SCNews)
Mini to Porsche... race us!:


Ya just gotta love a good marketing exercise, eh?
Posted by DaveKennedy at 11:47 PM No comments: 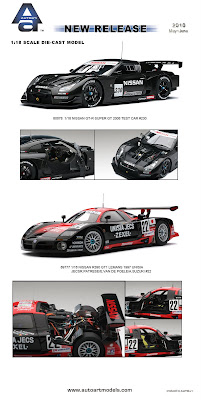 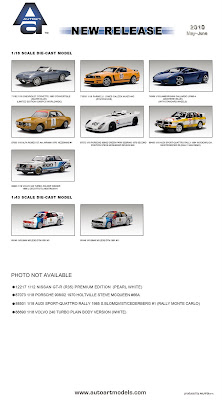 Follow this link to FLMS's blog for LeMans.
Posted by DaveKennedy at 2:09 PM No comments:

With large grids representing 10 different marques, the FIA GT3 European Championship continues to provide action-packed racing on the top European race circuits. The visit to Jarama will be with the Superleague Formula which will provide the Spanish race fans the best of both worlds – top flight GT and single-seater racing action.

So far Corvette has been the dominant force in 2010, winning three of the first four races and filling five of the six podium places in Rounds 3 and 4 at Brno last month. The opening round of the 2010 season saw the Trackspeed Porsche 911 GT3 R of Jose Luis Cunill and Tim Bergmeister take the first win of the year but only after the Graff Racing Corvette of Mike Parisy and the Callaway Competition Corvette of Christian Hohenadel both suffered technical problems. In Round 2 the Callaway Competition team put the earlier race one problems behind them with Christian Hohenadel and Daniel Keilwitz claiming victory in the second 60-minute race of the weekend ahead of the Hexis AMR Aston Martin of Frederic Makowiecki and Manuel Rodrigues. Third place for Cunill and Bergmeister gave the Trackspeed Porsche pairing the championship lead as the Championship headed to the Czech Republic for Rounds 3 and 4 at Brno.

The Czech track was missing from the 2009 calendar and, as a firm favourite among the teams and drivers, it made a welcome return this season. Reigning French GT3 Champion Mike Parisy and his co driver Joakim Lambotte dominated the weekend in the Graff Racing Corvette with a double win which was a huge relief for the team after the disappointments at Silverstone. In Round 3 it was a Corvette 1-2-3 with Parisy taking the chequered flag ahead of Christian Hohanadel in the Callaway Competition car, with Dino Lunardi taking the second podium finish in three races for the Toni Seiler Racing Corvette.

The early pace setter of the second race of the Brno weekend was Diego Alessi in the Chad Racing Ferrari 430 Scuderia. Starting from pole position the Italian held a small lead to the chasing Corvettes, which he held until the pitstop, but a timing mistake led to Giacomo Petrobelli rejoining the race too early and the resulting stop and go penalty dropped the car out of the running and handed the lead and the second race victory of the weekend to Joakim Lambotte in the Graff Racing Corvette. Philip Geipel and Albert von Thurn und Taxis brought the Argo Racing Lamborghini Gallardo up the field from a lowly 14th to finish in second place, just ahead of the Callaway Corvette of Daniel Keilwitz. The German team suffered an early misfire dropping Hohenadel down to 17th from the front row. However the problem was sorted at the pitstop and Keilwitz forced his way back up the field to take the final podium position and the lead in the Drivers Championship after four races.

Who will be victorious in Spain? Can the Corvettes hold onto their dominant position or will one of the other marques join Corvette and Porsche as race winners in 2010? The GT Commission have made a Balance of Performance ruling and all Corvettes will have a smaller restrictor (50mm instead of 52mm) at Jarama. Success in GT3 means more weight. The nr16 Graff Racing car, thanks to the double victory, will have 40 kilos of success ballast, the nr101 Callaway Competition Corvette will run with 25kg of ballast, while the nr24 Argo Racing Lamborghini and the nr18 Toni Seiler Corvette will have 15 and 10 kilos respectively.

The event at Jarama begins on Saturday 19 June, with Free Practice and Qualifying, while both 60-minute races will take place on Sunday 20 June. For the latest information visit the championship website at GT3Europe.com.


News and photos used with permission from FIA GT3.
Posted by DaveKennedy at 3:09 PM No comments:

Check this link out Saturday from Noon-6:30pm for live coverage of the 24 Hours of LeMans... when they're showing something getting chopped, cut, jacked, auctioned, or practiced... ugh.
Posted by DaveKennedy at 9:38 AM No comments:

Posted by DaveKennedy at 12:05 AM No comments: