The 2016 ISRA (International Slot Racing Association) Worlds Championship will be held in the USA and hosted by Mid-America Raceway and Hobbies of Naperville Illinois, a western Chicago suburb.

The Dates for the event have been stated as October 7-15 2016. The day by day event schedule and dates of warm up races have not yet been published.

A sneak peek of the track layout for the event has been revealed and is shown below. 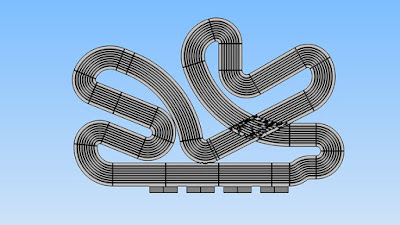 The track does not yet have an official name but has been dubbed "Midwest Monster II" by local racers. The direction of travel is left to right at the driver's panel. Lap length and other details will be published when they are known.

Eleven racers brought their cars to compete on the 118' four lane Scalextric Sport track below the street level of Kalamazoo.

All cars in the Porsche Cup event were Scalextric bar magnet cars. Heats were 3-1/2 minutes long. No new lap records were set. 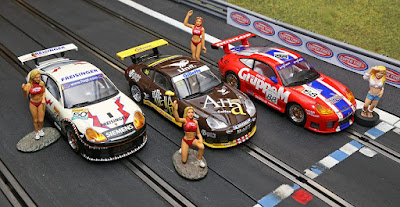 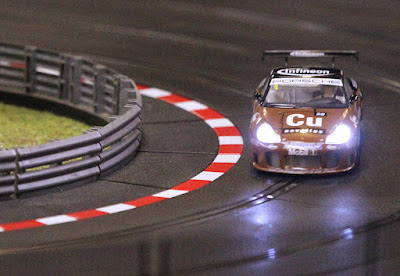 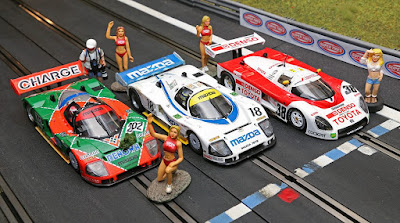 Next Races
Thursday Feb. 4. Track opens at 6 PM, tech at 7 PM, racing starts immediately after. Classes to be run: