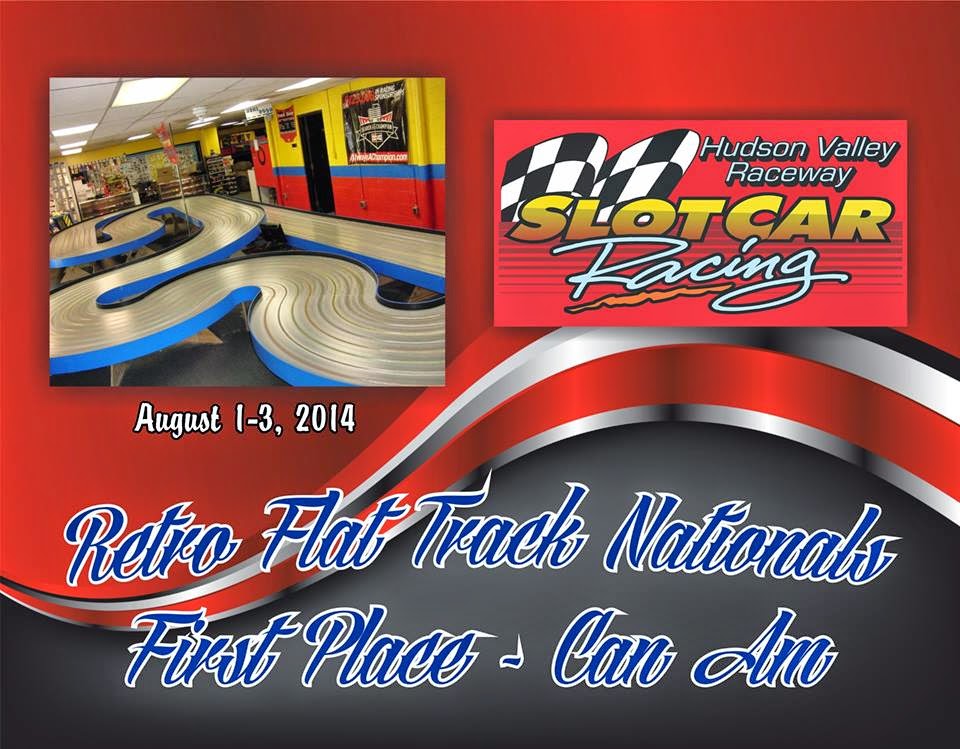 All races on the Chupacabra flat track. 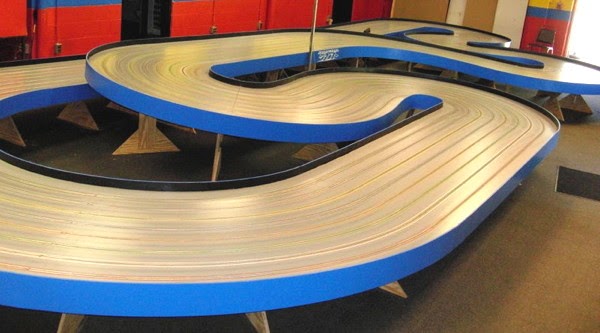 Italy's BRM Model Cars has revealed additional details about the latest in their "Group C" line; 1/24 Ready to Run Sauber-Mercedes C9 in two forms: The Sauber-Mercedes LeMans 1989 24 Hours Winner and a "Black Edition" that has the test car aerodynamics and early body features.

The model of the LeMans winning car model sports the unique aerodynamic features of car #63 which was driven to victory by Jochen Mass, Manuel Reuter and Stanley Dickens. 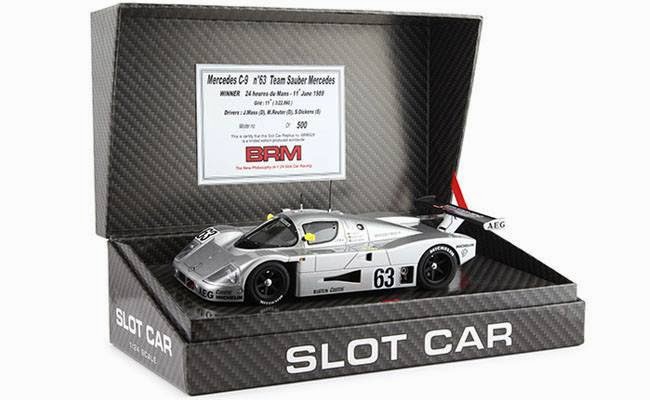 The new Sauber-Mercedes C9 scale model offers chassis improvements that may eventually be added to the production of previously released Group C models such as the Porsche 962 and Toyota 88C.

A welcome feature of this model is the rear wing mounting system. To prevent breakage of the rear wing, BRM has made an attachment with a small neodymium magnet that allows the wing to detach on impact or shock making the wing assembly virtually unbreakable. 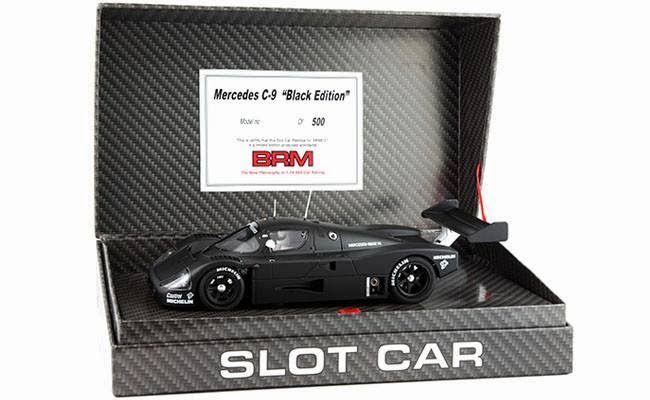 The "Black Edition" is scheduled for shipment late June 2014 and is limited to 500 pieces worldwide.

For more information please visit: http://www.brmmodelcars.com/slot/
Posted by MG Brown at 10:00 AM No comments:

The Latest from Sideways by Racer 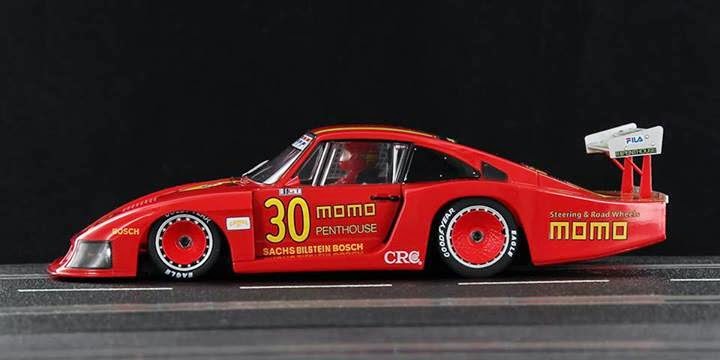 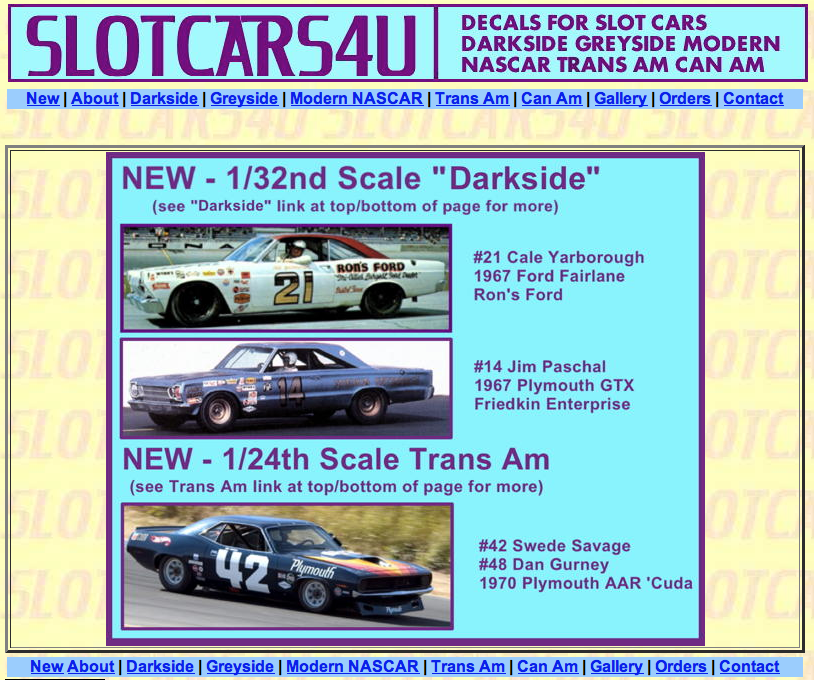 Please visit their website for pricing and ordering information. 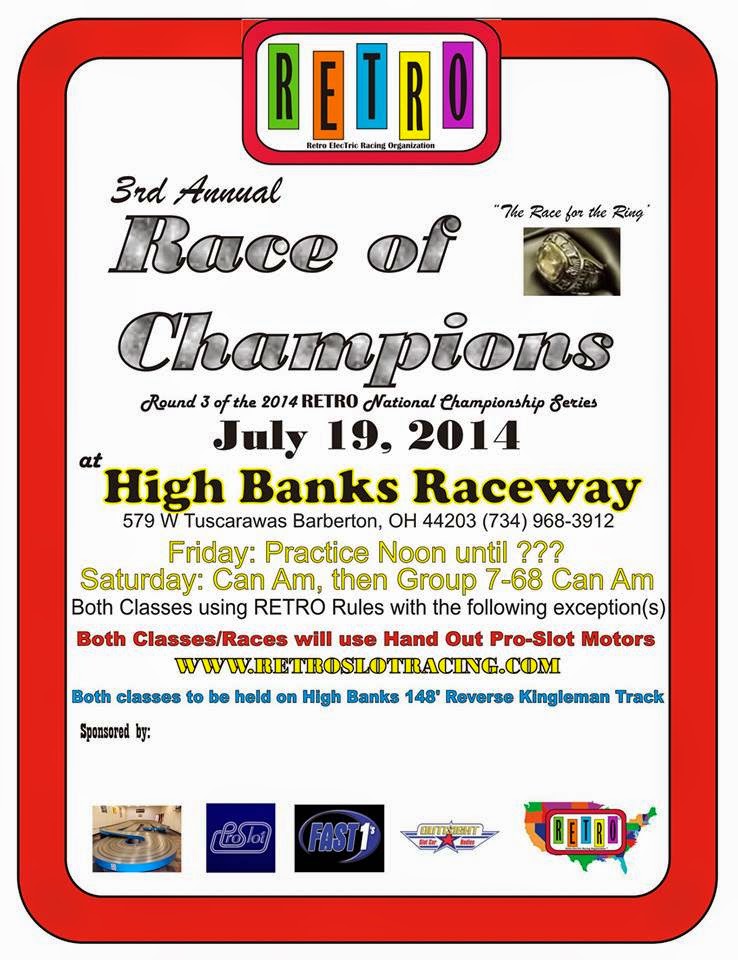 The 3rd Annual RETRO Race of Champions "Race for the Ring" will be held July 19, 2014 at High Banks Raceway in Barberton, OH.

RETRO Race of Champions Page on Facebook
Posted by MG Brown at 12:20 PM No comments: