Here we see the first blanks of the new Mossetti Racing stamped steel chassis, these are the pieces ready for forming.

There will ultimately be four versions of this chassis:

Patriot Sport - this chassis will be available in two versions. Just bolt in your favorite FK motor; either the full metal can version or the ProSlot version. No soldering is required. The chassis sets up perfectly for 8:28 Gear Ratio (48 Pitch). 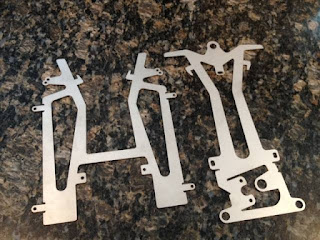 This could become the new standard for entry level racing - as the unique design eliminates the tedious task of soldering in the motor by the beginning racer or raceway owner. 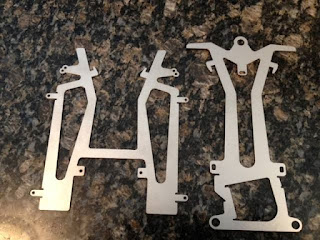 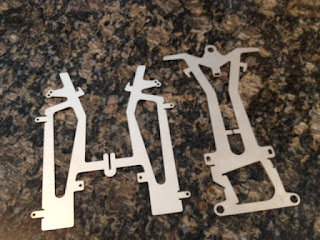 The chassis material is 410 Stainless (1mm Thick) and weighs 1.3 grams lighter than JK. The chassis is hardened to over 40 Rockwell (JK is softer). All chassis will be nickel plated for ease of soldering.

The pin tube locations and rear axle position will be identical to the JK to make swapping out bodies simple.

More technical and ordering information will be posted as soon as it is available.
Posted by MG Brown at 9:00 AM No comments:

Carrera of America will be at the 21st Anniversary of the National Corvette Museum in Bowling Green Kentucky September 3-5, 2015 and will display the upcoming Carrera Corvette Race set.

The new Corvette Race set will be shown and you can race on the track during the 3 day Anniversary event!

There will be giveaways of Carrera hats and stickers and other gifts... and the Museum Gift Shop will be taking pre-orders on this set during the event.

Check the National Corvette Museum website for directions. The Covette museum anniversary event will be open the 3rd-5th September from 8am-5pm daily.

Carrera of America also plans to attend the annual April event at the National Corvette Museum and NCM Motorsports Park. 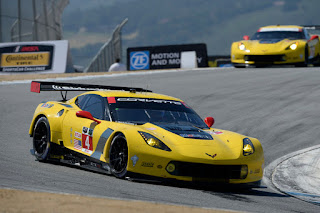 Sample Corvette C7.R slot cars are planned to be on display, but will be subject to availability.


Information and photos provided by Carrera of America.
Posted by MG Brown at 9:00 AM No comments: