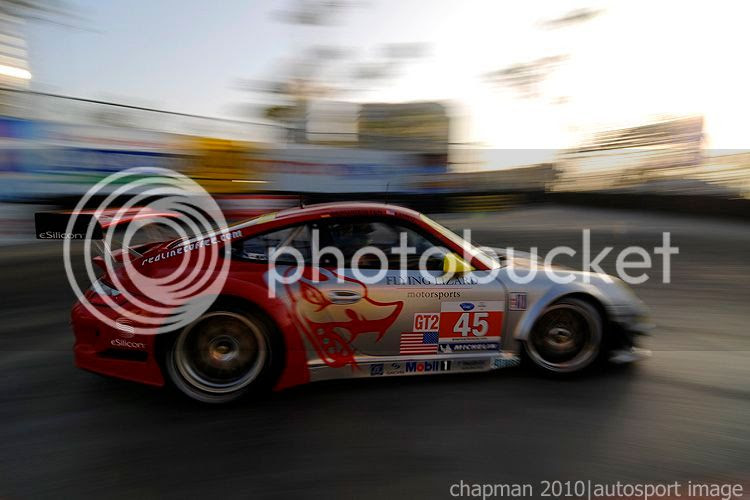 Flying Lizard Motorsports heads to Laguna Seca next week for their third race of the season: the American Le Mans Series Monterey Presented by Tequila Patrón. In the Flying Lizard No. 45 Porsche Joerg Bergmeister and Patrick Long are currently tied for the GT championship with Jaime Melo and Gianmaria Bruni of Risi Competizione's No. 62. After a fourth place finish at the season opener at Sebring, the duo were able to close the points gap to the No. 62 with a win at Long Beach last month. In the No. 44 Flying Lizard Porsche, factory driver Timo Bernhard will join Seth Neiman and Darren Law for the six-hour race on May 22.

In October of 2009, Flying Lizard secured their second consecutive ALMS championship at Laguna Seca in the season finale; it was the sixth GT2 win of the season for the No. 45 and Porsche's 100th ALMS victory. The race falls earlier in the series schedule this year — May instead of October — and will run six hours, instead of the traditional four. Flying Lizard chief strategist Thomas Blam commented, "A six-hour race is inherently more complex than four: we'll have more stops to manage, and Laguna is typically a caution-filled race, which makes it tough to follow a pre-determined strategy. We could also see a wide swing in temperatures from race start to finish which will make setup challenging." 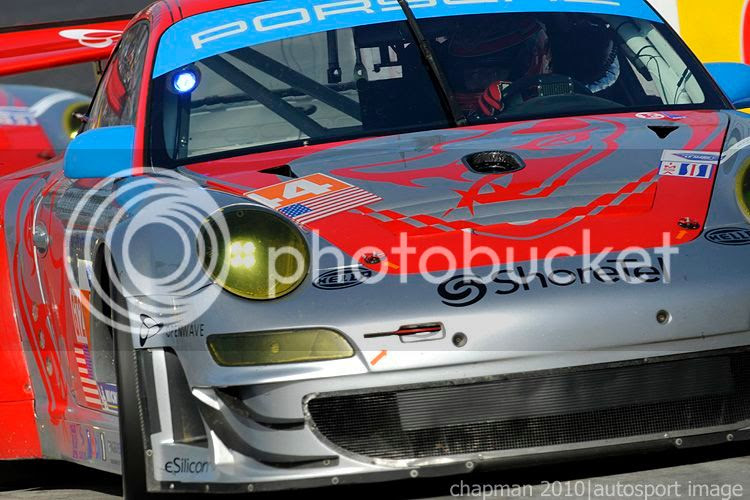 Laguna Seca will be Bernhard's first race with the Flying Lizard squad. "We are very much looking forward to having Timo on board at Laguna," added Flying Lizard team manager and No. 44 strategist Eric Ingraham. "It will be Timo's first time driving with us and his first run in the ALMS this year but I'm confident that he'll get acclimated quickly. He's very familiar with the track and won here in class in 2007. Unfortunately, the No. 44 did not score any points at Long Beach (the car was retired early due to mechanical failure) so a solid finish at Laguna is even more important."

Follow the Race
The race will get the green flag on Saturday, May 22 at 2:30 pm PT. It will be broadcast tape-delayed on CBS Sports at May 29, starting at 10:30 am PT/1:30 pm ET. Flying Lizard will broadcast their team radio live during the race: for more information, go to www.lizardms.com. Team gear will be available onsite at the race in vendor village and online at www.lizardms.com/store.

News and photos used with permission from Flying Lizard Motor Sport.
Posted by DaveKennedy at 10:57 AM