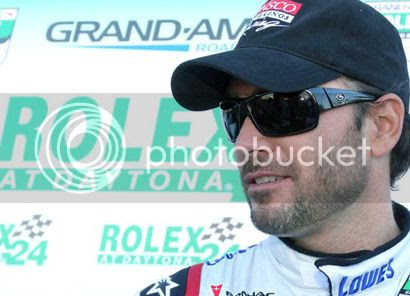 GAINSCO/Bob Stallings Racing will change to Chevrolet engines after the team won 12 races and two Grand-Am Rolex Series Championships with Pontiac power the last three seasons. The 5-liter engine now in the No. 99 GAINSCO Auto Insurance "Red Dragon" Daytona Prototype is Chevy's race-prepared version of GM's iconic small-block V8 that is an American legend in its own right.

Red, White and Blue is also the binding theme of the driver lineup with two-time reigning Grand-Am Rolex Series Champions Gurney and Fogarty shooting for a record third Grand-Am Rolex Series driver title in 2010. The top Daytona Prototype duo will be joined by fellow champions Johnson and Vasser for the third consecutive year at the Rolex 24 at Daytona. The teammates finished second in their first Rolex 24 together with GAINSCO in 2008 and backed it up with a seventh-place finish this past January in this year's edition of America's premier endurance race.

"All of us at GAINSCO/Bob Stallings Racing want to win our third Grand-Am Rolex Series Championships just as bad as we want to score a victory in the Rolex 24 At Daytona," said Stallings, who was joined by the team's drivers today in making the announcements in a NASCAR/Grand-Am media teleconference. "We are honored to carry the great racing history of the Chevrolet bowtie in the Grand-Am Rolex Series and we feel very, very fortunate to have put together for the third year an unmatched lineup of American champion drivers in Alex Gurney, Jon Fogarty, Jimmie Johnson and Jimmy Vasser."

Johnson, who recently clinched a record fourth consecutive NASCAR Sprint Cup Series Championship, has raced in five of the last six Rolex 24 races, including the last two with GAINSCO. In addition to the second-place finish with GAINSCO in 2008, Johnson was also part of 2005's second-place Howard/Boss Motorsports Pontiac Crawford team. He made his first Rolex 24 start with the same team a year earlier and then returned in 2007 for not only the Rolex 24 but also that summer's Brumos Porsche 250 At Daytona with Riley Motorsports. Johnson turned to GAINSCO prior to the 2008 event when he was looking for a team capable of winning a race as tough as the Rolex 24.

"I've really enjoyed running with Bob and the GAINSCO team the past couple of years," Johnson said. "Anyone who knows Bob knows that he's very passionate about racing, and it shows in his team and his ability to bring out the best in everyone. Jon (Fogarty) and Alex (Gurney) are two of the best and I really enjoyed being teammates with them and Jimmy Vasser in the last two Rolex 24 hour events. Bob does a great job of keeping the team at the top, especially when you consider the competition from teams like Ganassi and some others. They are a threat each week and that says a lot about the team that Bob has put together."

Johnson, Gurney and Fogarty all led the 2008 Rolex 24 and joined Vasser in keeping the No. 99 in contention for the overall win throughout the race. Although Johnson brings a great deal of publicity and media attention to the GAINSCO team, the biggest benefit of having him back each year is his proven ability to win races and championships.

"We view Jimmie as a member of our team and we look forward to winning the Rolex 24 At Daytona together," Stallings said. "Jimmie is a terrific race car driver and has been a quick study driving the Red Dragon. He is very focused and highly competitive in every way imaginable. He is a champion and shares our strong desire to win the 24."

Lead team drivers Gurney and Fogarty, who won their first Rolex Series championship in 2007, are happy to have Johnson back again for the 2010 Rolex 24. Along with Vasser, who is back for a fifth season as GAINSCO's main endurance race specialist, the GAINSCO team will likely once again be one of the few, if not the only, all-American and all-Champion Daytona Prototype teams entered in the Rolex 24. Vasser is the 1996 CART Champ Car World Series champion.

GAINSCO/Bob Stallings Racing was the first team to file official entries for both the Jan. 8-10 Roar Before the Rolex 24 Test Days At Daytona and the 48th Rolex 24 At Daytona.