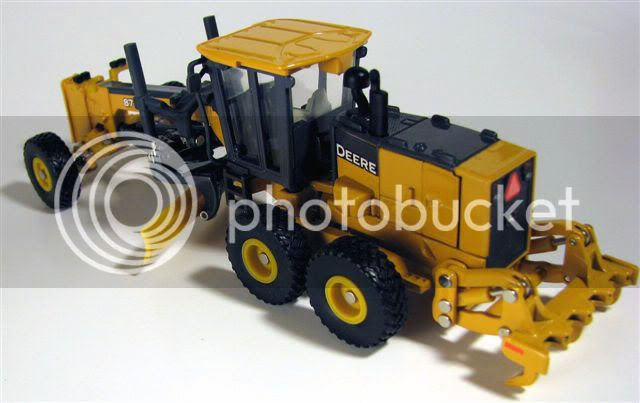 The John Deere 872D grader by ERTL has many fine details as well as many moving parts. The blade on the grader pivots almost 180’ to allow for extreme earth movement with the blade. The rear wheels pivot up and down on the single axle just like the real thing and the pistons on the front end move back and forth as well. That is only the moving parts on the under carriage. This model includes a rake which drops down using a piston system in the rear of the machine as well. 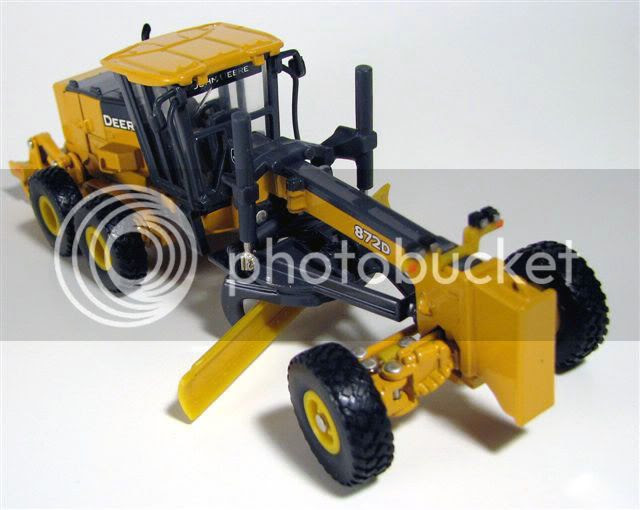 The only doors that open on the body are the rear doors exposing the massive radiators which left me a little disappointed. I was hoping the cab doors would slide open and expose the well detailed interior. The seat and steering wheel give a realistic appearance and the foot petals are clearly visible too. The steps and hand rail give this model the look and feel of the real thing. The machine articulates in the middle and the John Deere decals are perfectly placed and prominently displayed. The horizontal piston across the grader body is fully functioning on this model as well. Overall this is a very nice scale model and includes enough detail to keep even a John Deere enthusiast happy. 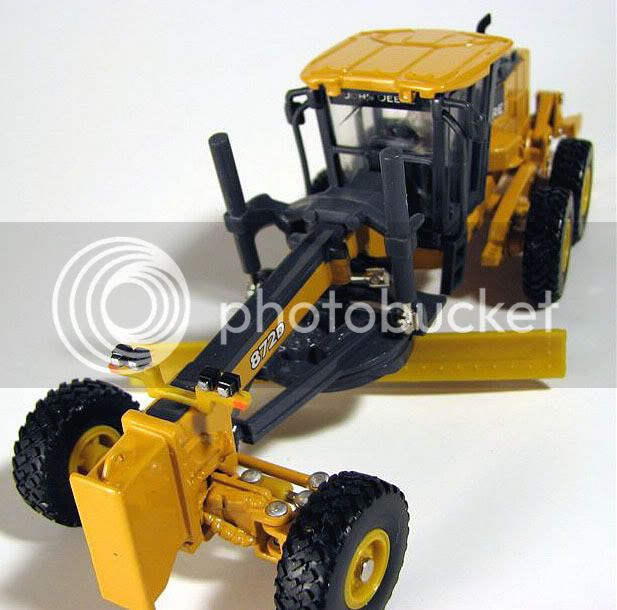 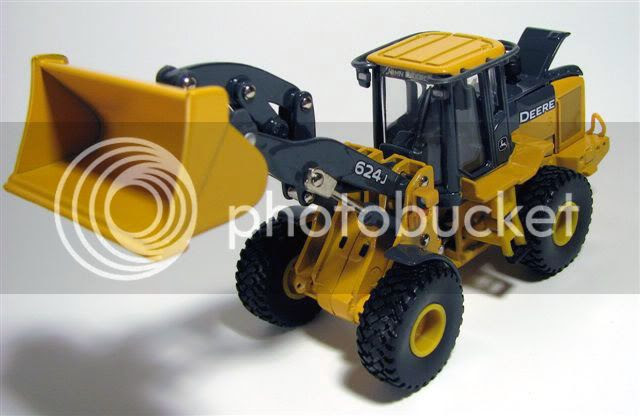 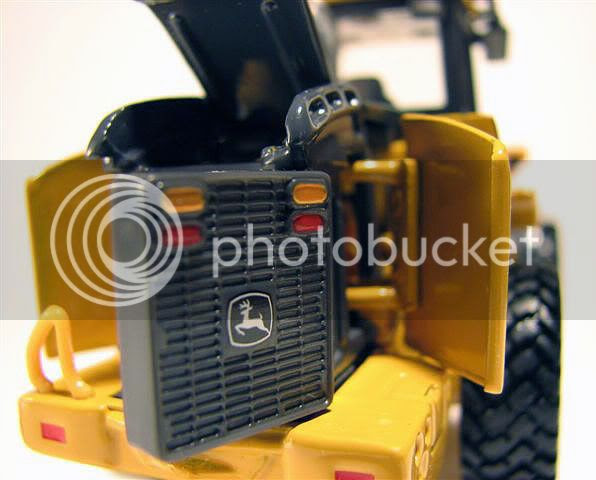 The John Deere 624J by ERTL is well put together and contains a lot of fine detail. What first catches your eye is the functioning hydraulics on the large bucket. Not only does the bucket swing up and down with precision it also moves back to front just as smooth. Moving back on this machine the articulation is handled by a matching pair of pistons and the fuel fill is visible as well. The doors to the cab do not open on this model either which again was a little disappointing. The interior is rather ordinary on this particular model. 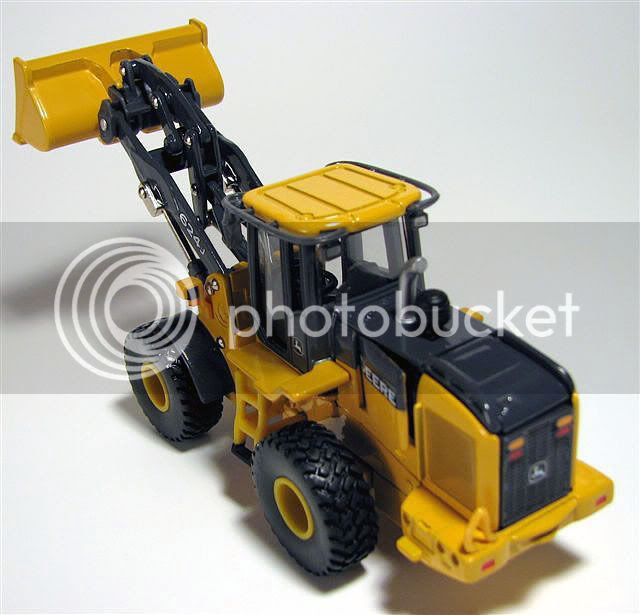 What is really nice about this loader is that all six doors in the back open up to expose the engine and hydraulics.

The see-through engine compartment sheds some light on the engine details which otherwise would be impossible to view. The fold out radiator complete with visible cap is nice as is the lift up rear hatch. The tires and axle are of a single piece design and add a rugged look to this model. I was pleasantly pleased with the amount of detail that the designers made available on this model at so small a scale. 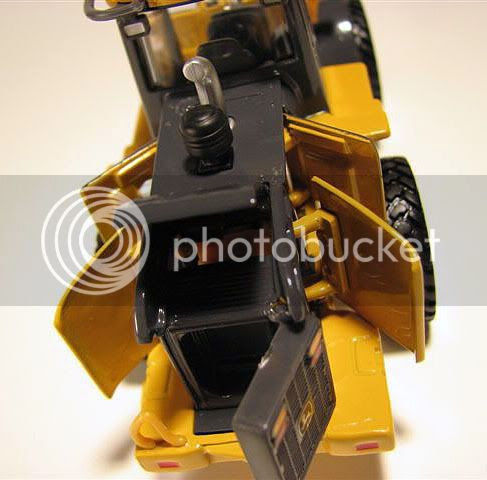 Review by Frank Nichols.
Posted by DaveKennedy at 12:00 AM