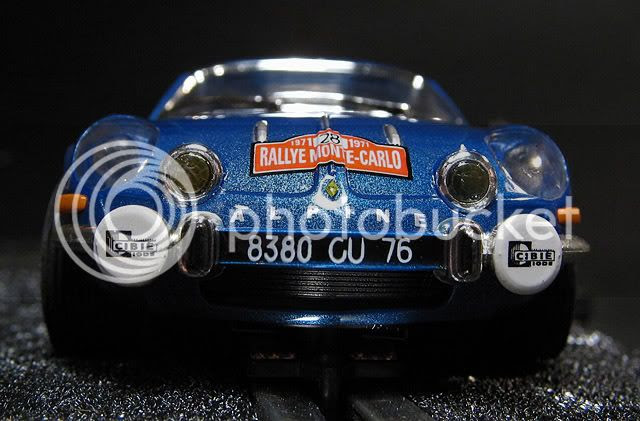 The name "Classics" is thrown around a lot in the slot car world. We all know what is meant by it when the name is shown to us don't we? Generally it's a slot car that's no newer than from the early 70's (most of the time from a considerably older era) AND there's the implication that you're not going to get a "30,000 rpm Terminator" or Insert-your-own-scary-sounding-motor-name-here motor. 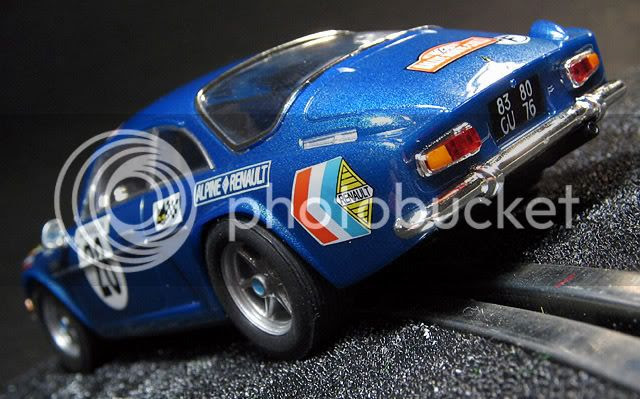 Well what springs to mind for me personally also is that the car will be easy to drive either on plastitrack or wood out of the box...in this case SCX has given slotters a great little car that fits the bill for a "Classic".

The SCX Renault Alpine A110 is a sexy little slot car with crystal clear blue paint and a charming personality on the track. Is it blindingly fast (keep in mind it's powered by an SCX RX-41B), well...no. Is it appropriately fast for a car of this type...YES. This car shouldn't be the fastest thing on the track because it's a model of a car with a horsepower rating only slightly higher than 100hp.

There's no motor pod, and really not much need for it maybe. The car required some truing of the wheels and the tires to smooth it out, but after that was done the car was really smooth and zipped around the 62-foot-long East New York routed wood track at just slightly faster than 10 feet per second. Times started out in the high 6's and dropped to about 6.1 fastest lap...I did say "just" slightly faster didn't I? 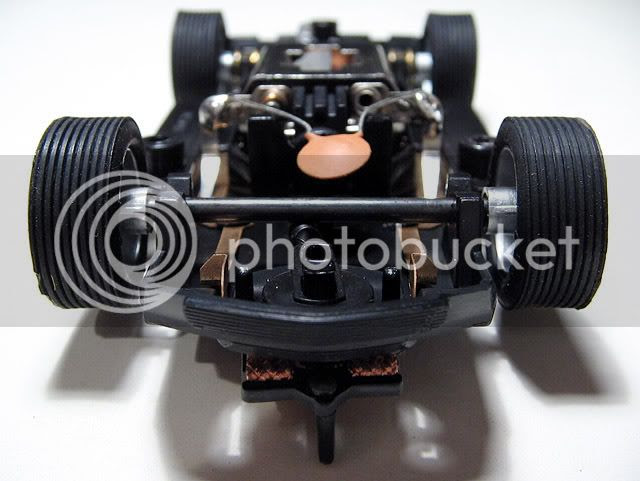 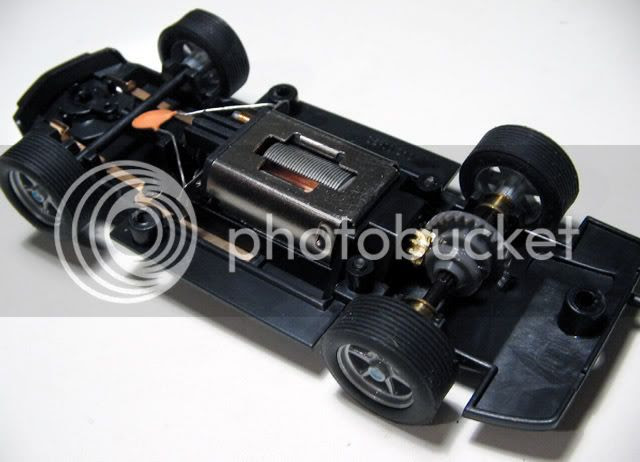 But to linger on the speed of this car is the miss the point entirely. If this car was flying around the track at Mach 5 you wouldn't get to enjoy the details like the chrome around the windows that's very well done and the little headlights on the car that are different colors when they're lit. 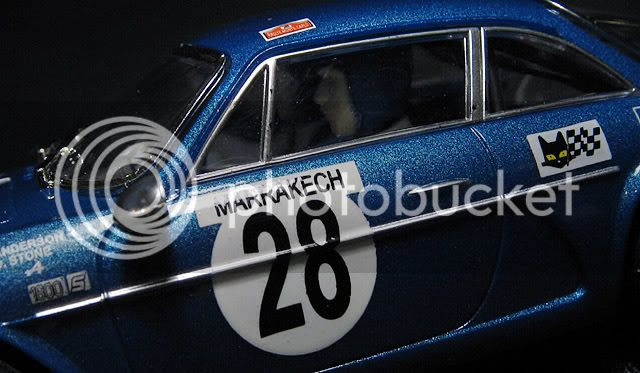 There is light bleed that lights up the front a bit too much but when you see this car coming directly at you down the track, with the driving lights shining a yellowish/amber and the headlights a bluish/white and the fire red tail lights I have to say it's pretty cool.

While this car does come with the standard adjustable magnet system that SCX puts on all their cars, this car is equally at home in a non magnetic setting. The car weighs 70 grams and the downforce (as measured with a Magnet Marshal) is 228 grams. It's enough weight that you get the sense that it's well balanced for the size and for the power of the motor. 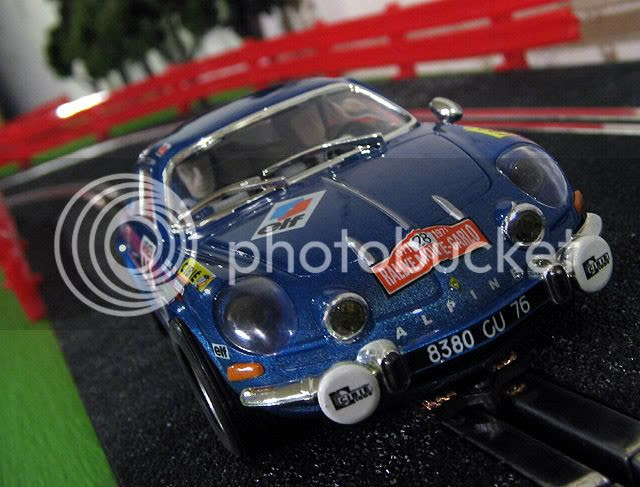 Indeed, a classic. A beauty.