For some time now Ninco has been saddled with the term "Ninco Hop"...let's try to not say that anymore shall we. Why you ask? Because it's a problem not limited to Ninco, and to load Ninco with the sole burden of having this problem makes no sense. High-torque hop is a problem that plagues a few brands. The problem is usually seen in non-magnet racing...because after all, magnets hide a multitude of problems don't they? No one has put their finger on the sole cause of this problem, but one trait that all cars have that share this problem is a weak motor pod. Take for example the Spirit motor pod (shown below). It's the pod from a Peugeot 406 (sorry I can't remember which one the coupe or the silhouette). 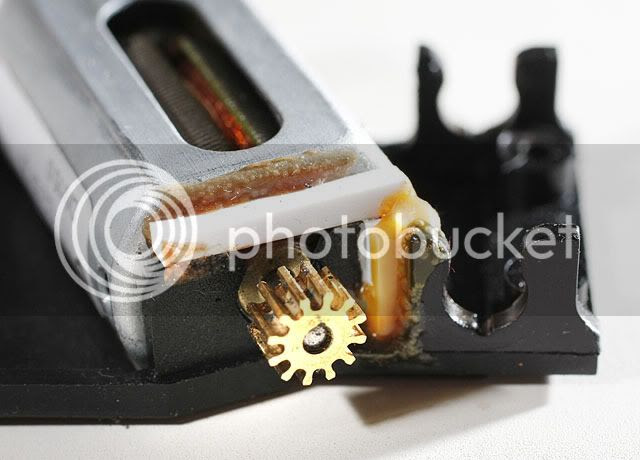 See that little piece of white styrene? It's a brace between the cradle that holds the motor and the uprights that hold the axle bushings. If the pod has a lot of twist to it, AND THERE IS NO BRACING BETWEEN THESE TWO POINTS you most likely will get the high-torque hop problem. If there's a lot of flex in this area and if you eliminate it, you will most likely get rid of the hopping. This problem isn't limited to an anglewinder application. Any inline chassis where the motor isn't held tightly AND there's flex between the pinion/crown/axles will also have this problem...which is why this is seen also with many Ninco cars. BTW, this pod is only partially done with the bracing process, the far side of the pod still has to be braced too. And the motor has to be glued in place. All of those steps will help make the weakest pod much more rigid. I have another pod that's fully braced up and there's not a hint of hop....

So let's look at one pod that doesn't have a hint of this problem...it is of course the Slot.It anglewinder pod. 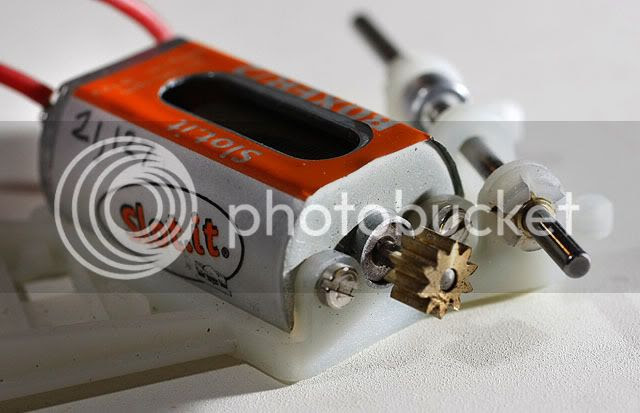 Not only is the pod virtually inflexible, but there are screws holding that torquey motor firmly in place. Those screws are something that come with the anglewinder kit (which was sent to Slot Car News a while ago from Fantasy World Hobbies BTW). Most long can motor pods come with the holes to screw down the motor but for some reason most slot companies don't think it's important to include the screws to hold the motor in place firmly. But in this case Slot.It (the gold standard for quality parts to date) has no flex anywhere, no sloppy gear mesh problems...nothing but slot car goodness!

So do you want to get rid of the hops? Well get out the glue, plastic strips and brace away!

DaveK
Posted by DaveKennedy at 12:09 AM