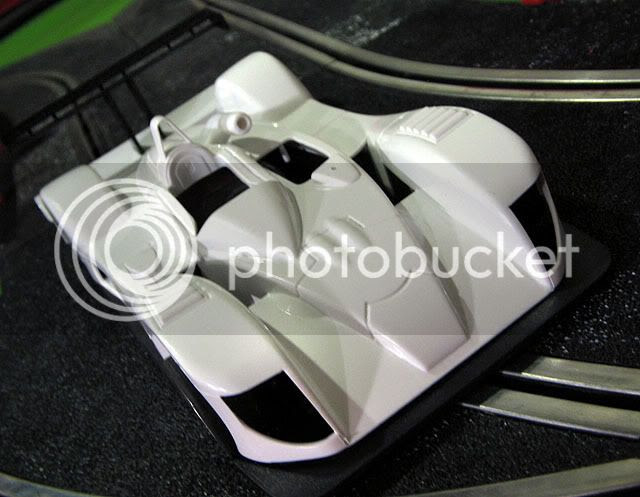 Sloter comes through again with a Racing edition kit, this time it's the Zytek. It does seem a great choice that Sloter has made to release racing versions of the RTR cars they sell. Many racers rebuild cars anyway so why not release them in kit form? It's a good idea and Sloter is in good company these days with kits. 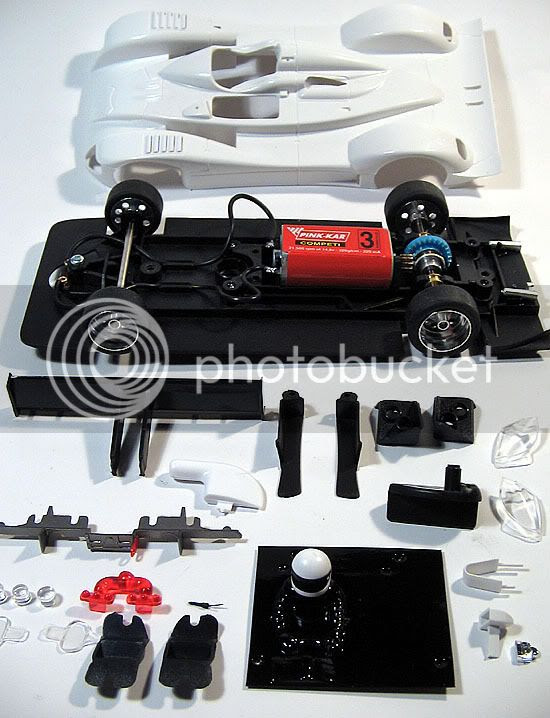 Here you can see the parts laid out. The wing, headlight bezels, even headlight lenses are separate pieces for you to glue to the car.

The driver is 3 pieces, the vacuum-formed tray (which is the upper body of the driver), the drivers head, and the visor for the helmet. The rear view mirror has a small chrome insert, once you slip it into the mirror housing the has a really nice look to it.

If you're a fan of SCX's Pro parts line you will recognize SCX's wheels and blue 26-tooth crown gear which Sloter has used on this car. The larger 17mm wheels are on the back and smaller 16mm wheels on the front. Why there aren't large diameter wheels all the way around I don't know. This is an LMP car after all, and there should be huge wheels the whole way around. But these will do just fine for now. 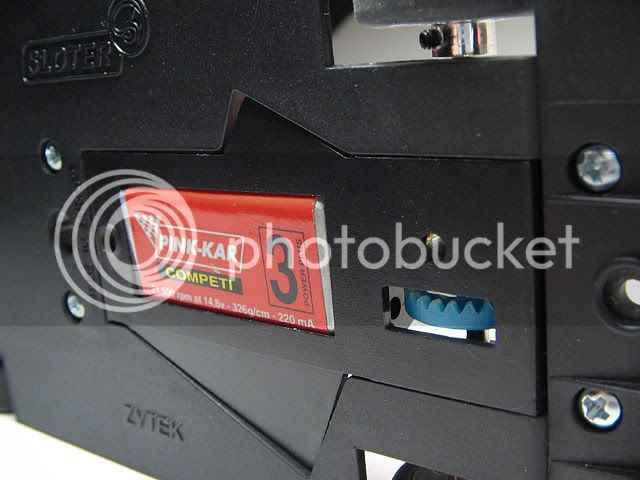 Here you can see the Pink-Kar Competi 3 motor. It's a high torque, long can motor. 21,500 rpm with a whopping 326 gcm of torque...tons of power! With all that power it would be great to see a very rigid pod holding this motor in the chassis. Ideally the motor would be held in place by screws in the holes provided at the gear-end of the chassis. There aren't any screws provided, in future kits it would be great to see these included.

The pod is held in the chassis by 4 screws. Unfortunately the screws are much too short and when you loosen them and because of this you can't get as much movement in the motor pod as you should be able to. 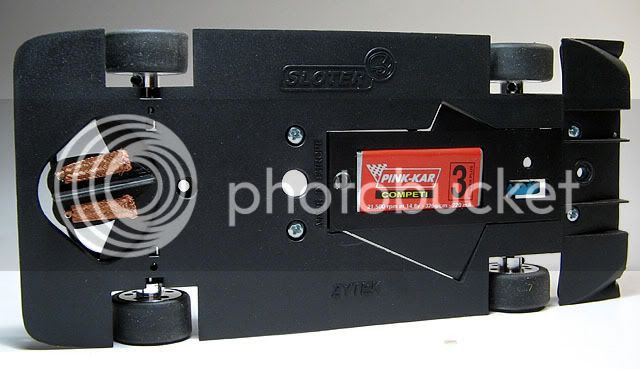 Also the heads of the screws fill the holes in the chassis, even if they were loosened they would only be able to move up and down and not side-to-side. There should be a bit more room around the screw heads to allow some lateral motion in the pod. 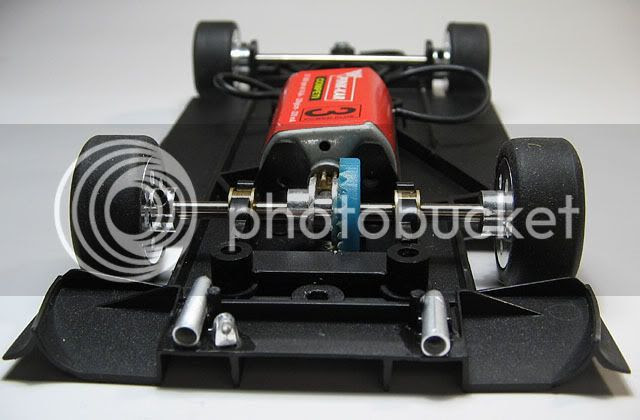 In the final photo you can see the front of the chassis. If you look under the axle you can see the guide wires do touch the axle. This will slow down the rotation of the axle. During prep of this car for racing that would need to be fixed. 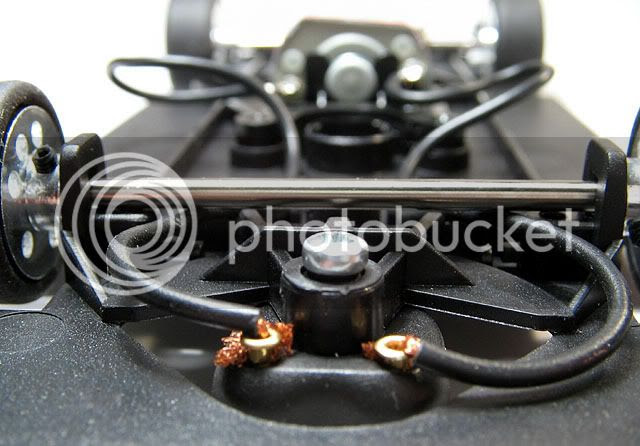 I did try to get some road testing done on this car. A few laps were done on the 61-foot East New York routed wood track, but they provided little information worth writing about. The tires didn't stick terribly well on the track that night. I did get a bit of hopping which I think is due to the looseness of the motor. It's clear this car has a tremendous potential. It was hard to get close to that potential during a few laps that night.

Having pointed out a number of things I'd like to see changed on this car does that mean it's got problems? Well, not really. You see I judge cars on sort of a sliding scale of expectation. Your average slot car, which is supposed to be a magnet racer and is aimed at the largest audience of slotters, this car is held to a different standard than this Sloter Zytek racing kit. Why? Well this car not only costs more than your average car, it's aimed at racers. They expect more from a car, and are willing to pay it. Also as a kit (which must be assembled) you can't reasonably expect it to be a car that will work without some tuning done to it.

This car provides an excellent basis for a really serious car.

Hi Dave, thanks for this latest review. It looks like a car with a lot of potential, I love my Sloter racing Lola. it also looks like there are some little clips to hold the motor wires away from the front axle?