The SCX Glasswork Pro Audi is an interesting car. There aren't many clear hard plastic bodies around. Sure there is a company or two that makes an "X-ray" version but this clear Audi allows us an interesting view of what's going on inside this serious racer. Properly prepared the Pro Audi can stand along side the other top dogs in the slot world...and this one give us a look inside with the body in place. When the car showed up I wondered what exactly I'd do with it. Should I paint it, should I leave it as-is and have it be a shelf queen. But the more I looked at it, the more I thought this car would be useful tool to see exactly various modifications to the chassis effect clearances inside the modified Pro Audi I'm working on.

This is the car with the chassis it came with (meaning not my modified racer). 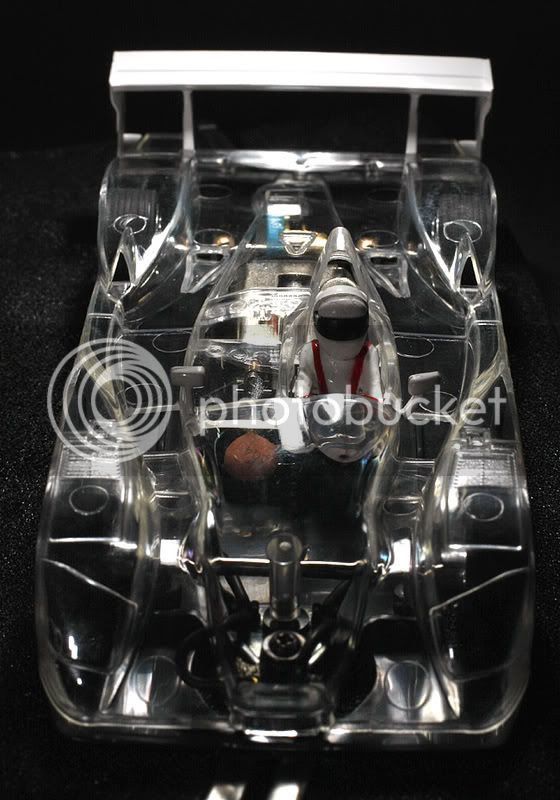 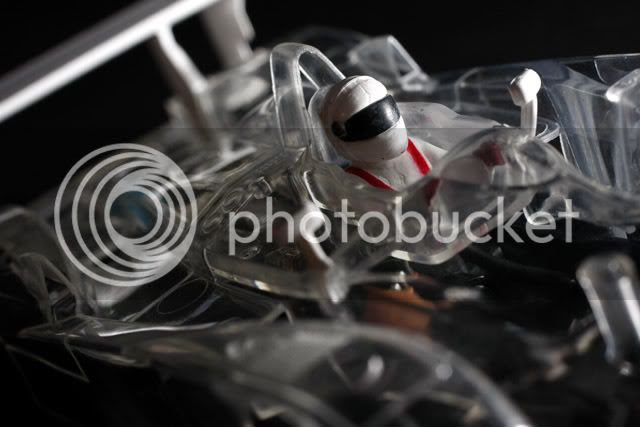 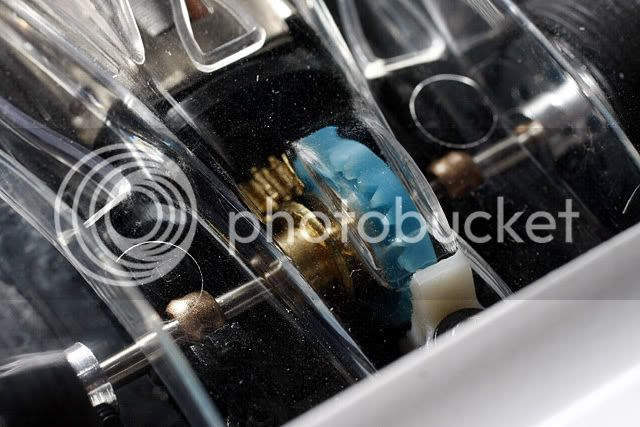 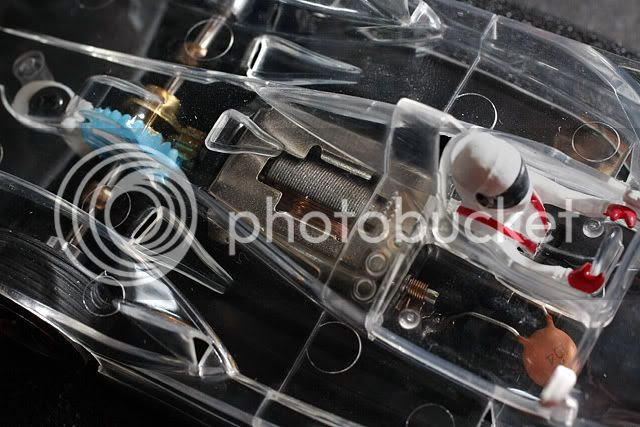 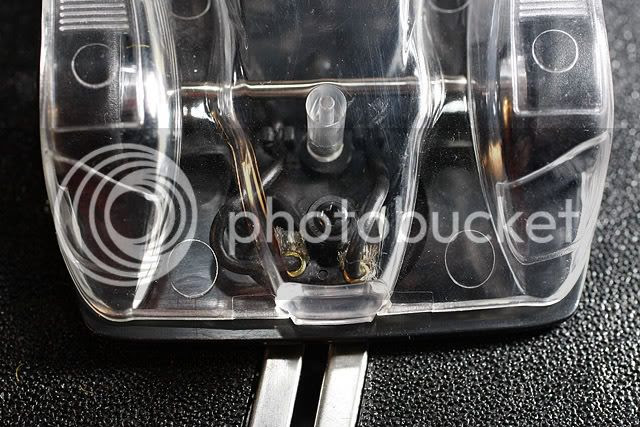 Look inside the nose and you can see that if the guide wires are. I've always had the opinion that the best position for positioning wires would be laying them down to each side. But as you can see from the photo there is plenty of room directly above the guide, which is inside the snout of the car.

One area that is particularly interesting to be able to see with this model is that the motor nearly makes contact with the body. I've noted on the photo where you can see a slim space between the back edge of the motor (the motor's gear would be at the bottom of the photo but I cut it off to get a closer view of the gap between motor/body) and the body. The Pro car's chassis allows for a good deal of float in the motor pod so I'm certain that the body/motor will be making contact under normal driving. Since the plastic on the Pro Audi's body is relatively thick, some sanding in this area should probably be done.

Here you can see the drivers position relative to the motor, I'm sure he hears the roar of the motor while he's lapping the track. 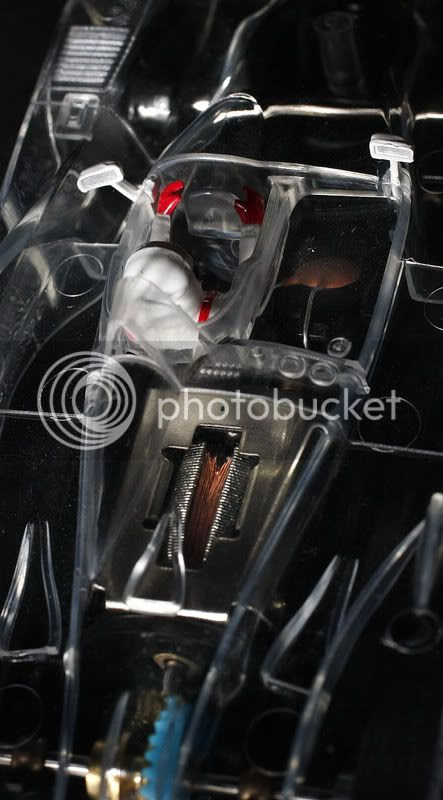 Thanks DV! I took a few hours to shoot it, as you say, tough to shoot.