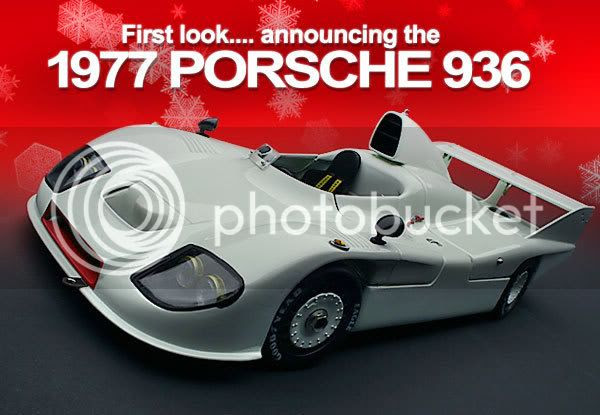 1977 World Champion and Le Mans Winner
Porsche 936/77 Werks Prototype Now Available for Pre-Order!
The historical significance of Porsche in sports car racing is unquestioned. The 908 and 917 were magnificent machines, but technology was developing rapidly through the 70s and Porsche was determined to lead. Before the 956 and 962 models of the 80s came the 936!

Exoto continues to move the art of diecast engineering forward with our upcoming Porsche 936/77 releases. The details have to be seen to be believed. From miniature hose clamps made from photo-etch metal to our lustrous 11-step paint finish, and from the spinning cooling fan to the removable wheels, our 936 replica has been designed with you, the enthusiast, in mind. 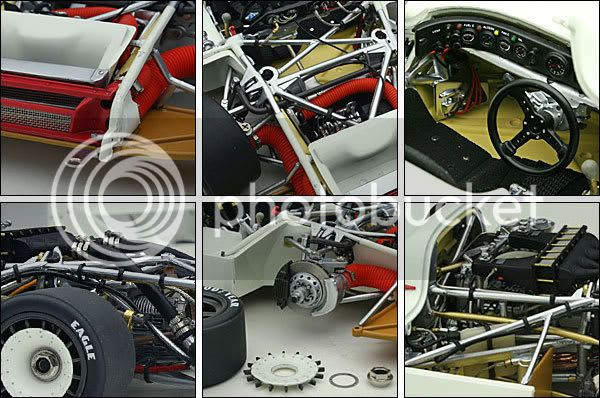 Full opening panels, spring-loaded fuel filler caps and pedals, ventilated and machined metal brake discs turn within fixed calipers, masses of wiring and hoses, a moving shift linkage between the gear shifter and transmission all contribute to making our Porsche 936/77 one of our proudest achievements. 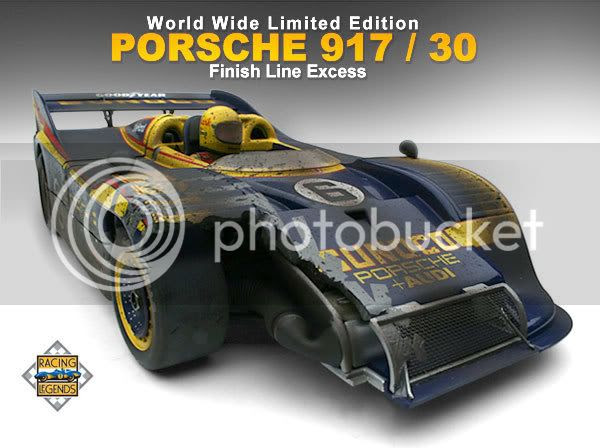 Limited Edition of Just 99 Replicas Speed-Weathered by Hand!
1973 Porsche 917/30 Can-Am in Finish Line Excess!
Even the "most perfect combination of man and machine ever seen", can have a bad day! Just five laps into the 1973 season opener at the fearsome Mosport circuit near Toronto, Canada, Donohue came over a crest to find a much slower car in his path. Locked in battle with Scheckters 917/10, the big Porsche shot off the track and suffered serious damage. Donohue was, however, persuaded back into the car once basic repairs were made.

Exoto's unparalleled "Finish Line Excess" edition is a sympathetic replica of Mark Donohue's 1973 Can-Am Porsche 917/30 as it appeared at Mosport! Each of the 99 very special Limited Edition miniatures is modified by hand with the Mosport race damage, the hastily applied tape repairs, and glorious one-of-a-kind speed weathering.
Posted by DaveKennedy at 12:06 AM