Bob Pomann has been a slotter most of his life. When a friend of his gave him a call saying he needed help with a commercial he was working on Bob's slot cars gave this friend the inspiration he needed... BTW this friend was the special effects director on a certain Mazda commercial (HINT, HINT). 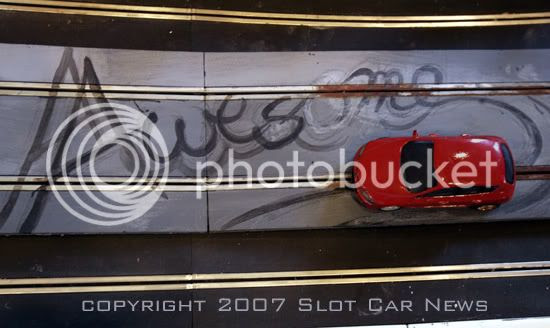 So by now I'm assuming you've looked at the photo and get where I'm headed with this. Bob Pomann, a sound engineer who lives in Piermont, NY, helped out as "slot car consultant" and "slot car stunt driver" on the wildly popular "The Adventures of Wild Child" Mazda Speed 3 commercial. 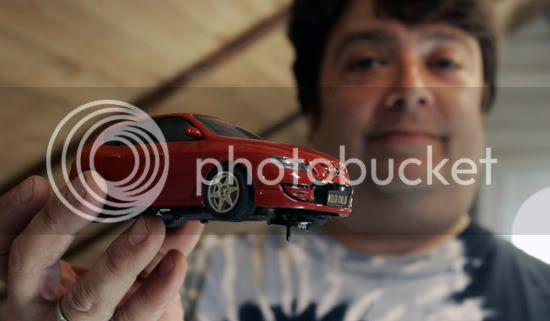 BTW, that's Bob with Wild Child
The whole commercial boiled down to the need for the directors to pull off the final scene where Wild Child does the burnout and spells out "Awesome". They didn't know how to do this, that's where they looked to Bob for the answers...the chassis was based on the Scalextric drift cars. That gave them the trick they needed to do the commercial. Initially they thought that they'd use HO cars, but after seeing Bob's 1/32 slot cars it was decided to use that scale instead. 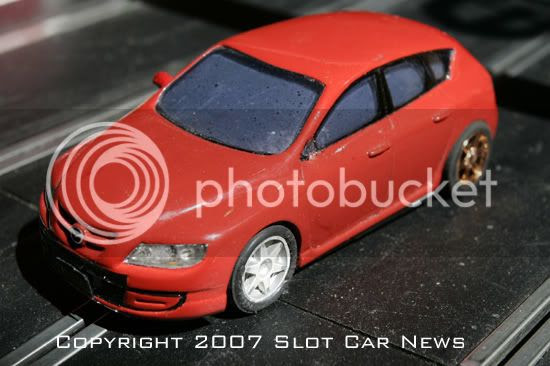 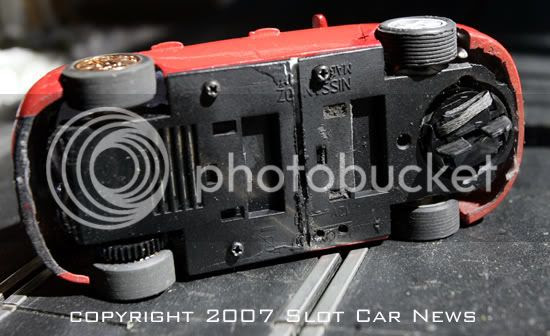 The commercial, which had a budget of around $250-300k, was filmed over 3 days with 3 resin bodied Wild Child's (or is that Wild Children?) in 1/32 and 1 in HO. The HO car was only used in the "aerial" shots that you see the little red Mazda being pursued by the police car. On the topic of that police car seen in the commercial, that was the ONLY CGI part of the commercial. Bob says that every shot and every trick and every "stunt" done was actually done, nothing aside from the police car in one scene was done with computers. The police car was put in after because they felt the Wildchild needed to be pursued by a cop car. 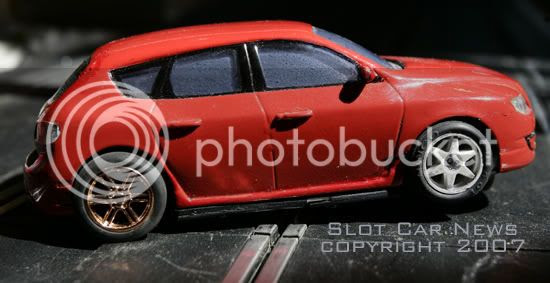 Film was the medium used on this commercial, not tape. It was shot at 120 frames per second and then slowed down to get a more realistic feel to the speed of the cars. 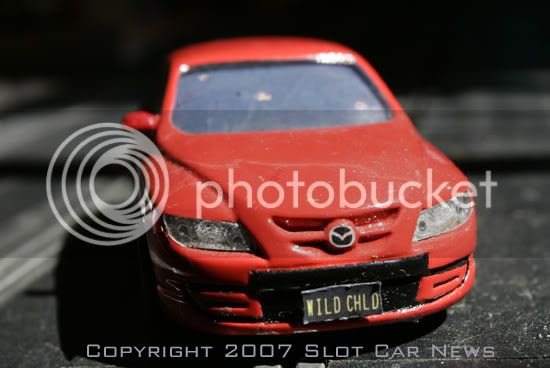 Almost all the cars used were 1/32 diecast cars and some slot cars repainted plain white or flat colors so they didn't stand out and had no logo's on them to distract the viewers from the little red rocket. 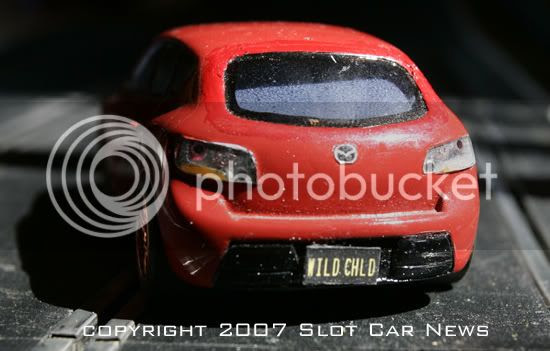 The commercial was never meant to be on TV, but rather it was supposed to be an online only ad, and probably meant to be spread by fans of Mazda or slotters...who knows, and who cares.

And on that note...I give you The Adventures of Wild Child.