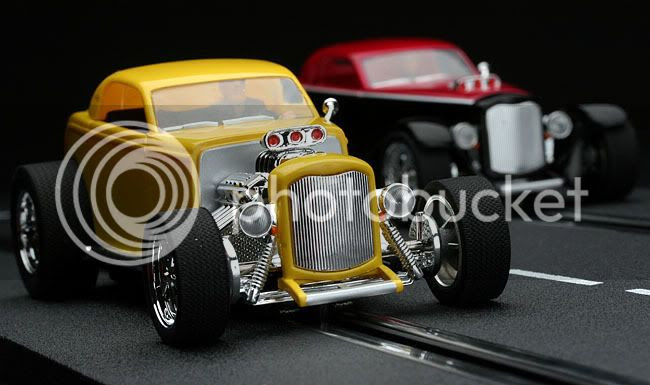 How do you get the attention of slotters that see hundreds of slot cars come out every year? You carve out a niche for yourself. Carrera started going for the US muscle car niche a while ago, they were so popular that other companies may follow suit in that era. But Carrera are forging ahead with new cars that are surely focussed squarely at the US market...these hot rods follow in the tracks laid by the vintage muscle cars.

The wheels are striking, like them or not these wheels dominate the overall appearance of the cars. The wheels are large, very large. In fact, the yellow car's rear tires are about 27mm's high and the black/red car's rears are about 24mm high. And I know that many boomer slotters (and there are a lot of you aren't there?) may not like the bling feel of these rods. Carrera have made both classic and tuner versions of their muscle cars and hopefully we might see some releases that would follow the oldschool style... Moon Disc's and narrow tires with white walls maybe? 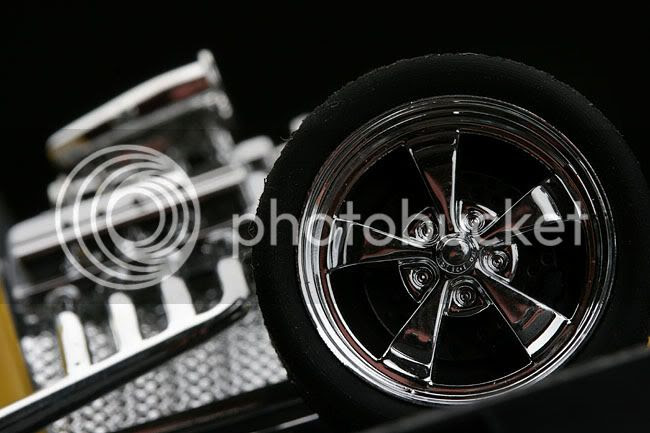 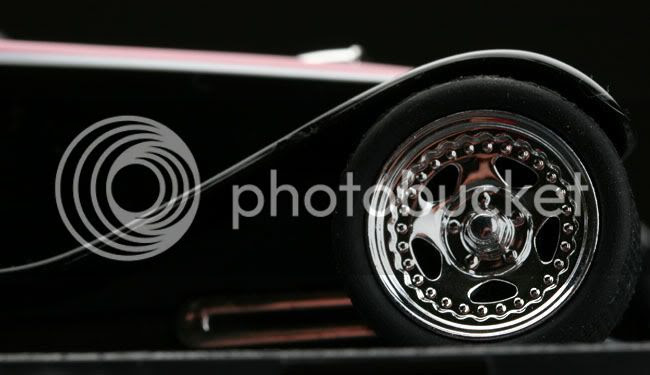 The yellow car's wheels are larger than the black/red car's wheels, this may give the yellow car a faster feel since there's got to be a difference in the final gear ratio because of that. During testing with both cars the consensus was that the yellow car had a better feel. It felt as though it was faster and more stuck down...even on wood track.

Despite the scene stealing wheels the body details on both the cars is quite conservative. Only a few printing details on the bodies, and both cars have no issues with the 2 printed stickers on the red/black car or the 3 on the yellow car. Overall the finish is well done and compliments the body lines but I do feel the paint on the back of the yellow car is a bit thin. 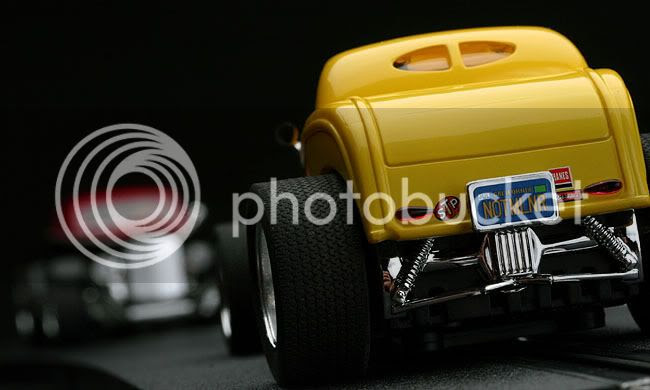 Inside the cars is a tightly packed bunch of wires. Even if you'd like to put weight in these cars you'd have a hard time finding room to do it...not that you'll need it given the weight of the cars. 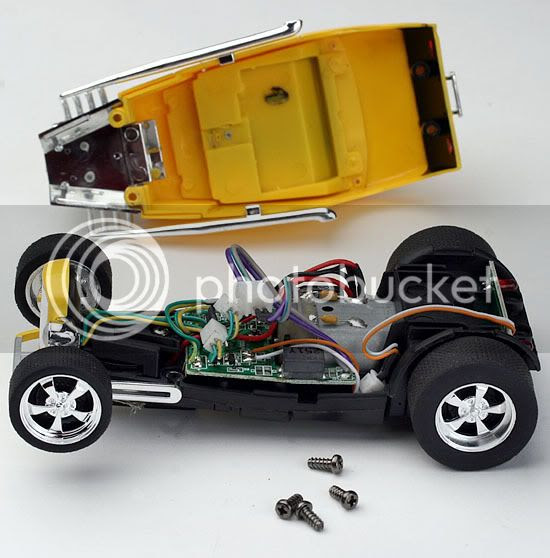 One very cool detail that I really hope Carrera carries forward on new releases is the drop away motor pod. With one screw you can drop the rear end way from the body and lube to your heart's content all without removing the body entirely! BTW, this feature is in the early running for "cool new feature of the year".... 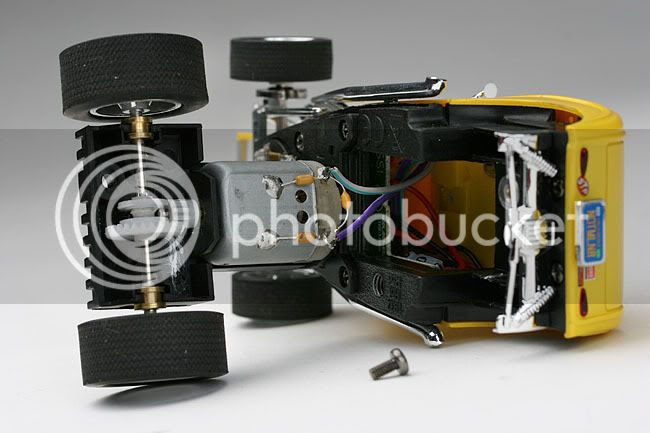 So if you're going to make a slot car with no hood you'd darn well better make a nice model, Carrera did. From the cylinder heads up (the bottom of the motor sits on diamond plate) the motor is a well done model. 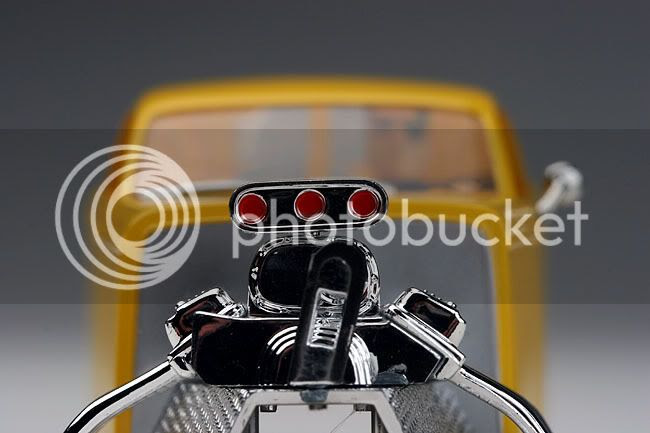 I'd like to talk about the lights on the cars but both cars lost the front lights within a few minutes on both cars.

On plastic the dual magnets really held the cars tightly to the track and really gave a tremendous stop-on-a-dime braking feel. Both cars felt stable even with the yellow car weighing in at a stout 98 grams! The stability is probably helped by those massive tires which stick out to a full 2.5 inches wide (the red and black car has a 1/16" narrower track). 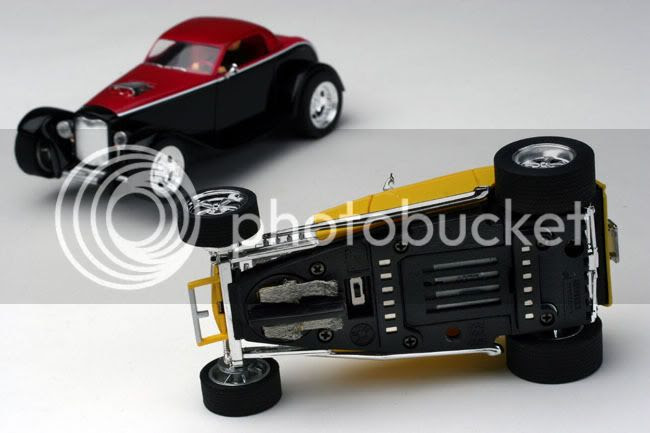 What's the verdict? Well, are you into the classic rod look or do those massive wheels do it for you? There's nothing here that will surprise the regular Carrera customer in a negative way (setting the headlights aside...yours may work just fine). They aren't race cars but they sure beg to be raced, now someone will have to start making some 1/32 city scenery for all these tuner slot cars that are being released. The cars run well on both plastic and wood and run together there's great racing ahead of you if you buy them together.

Dave Great review, but what do you think of the massive selfcentering guide? Did you have any problems with it?