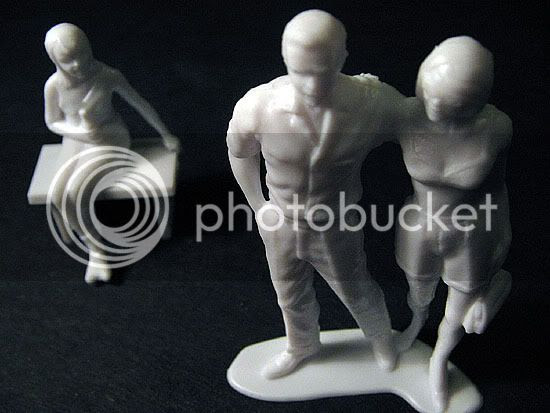 MRRC has done everyone that's into scenery a huge favor, they've done another run of their trackside figure sets. There are 5 sets:


Each set has an interesting collection of people doing a variety of things. And yes these are the same people that were originally made by Monogram more than 40 years ago!

They're all timeless in at least pose, if not dress. 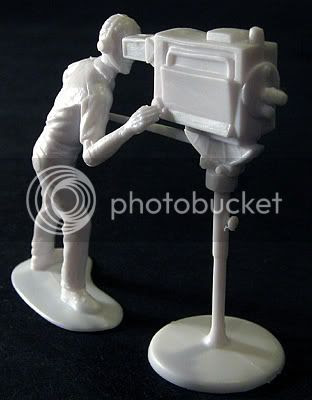 The TV guy from the Vendors & Newsman set is very well done. He stands well and the fit of the camera into his hands is perfect. And he's got close to that "pained I've been standing here for hours shooting this stupid race" look about him too with the way he's bent over. 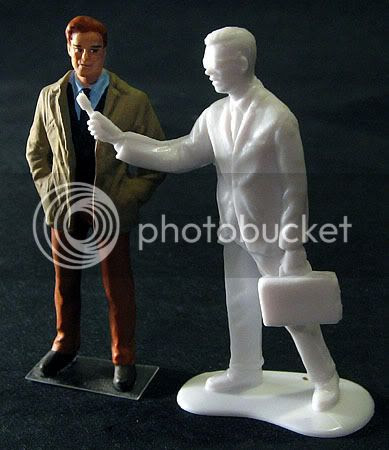 The Preiser figure here is wondering why he costs so much and the MRRC figures cost a fraction of the price. It's the painting obviously, but the detail on the high dollar (or is it Euro?) Preiser figure doesn't really seem to warrant $30.00 (or something close to that) for a set of 3 when you can get a whole set of 10 and paint them up for about $10.00 (which BTW is what you'll pay for only 4 of these painted as currently sold by Monogram).

Also something to consider is that the Preiser figures don't come with bases and the MRRC people obviously do. The MRRC figures are well balanced and all stand (or sit) without having to fiddle around to get them positioned just so. 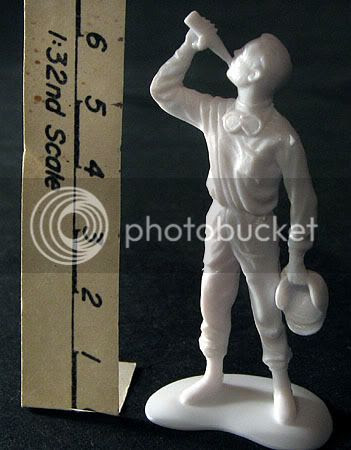 So we get to scale, yes they're all around 6-feet-tall (as you can see by the official "Slot Car News paper ruler") so that's in the ball park.

Thanks to MRRC for rereleasing the figures and the buildings...now where did I put that red sable paint brush?

DaveK
Posted by DaveKennedy at 12:00 AM